By Gabrielle Tétrault-Farber and Vladimir Soldatkin MOSCOW (Reuters) - Supporters of Kremlin critic Alexei Navalny held candle-lit gatherings in residential courtyards across Russia on Sunday despite warnings that they could be arrested. 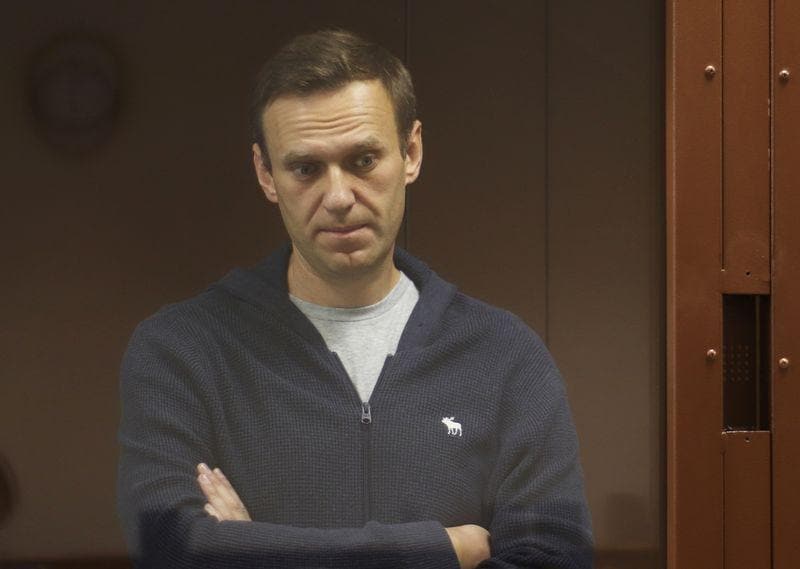 By Gabrielle Tétrault-Farber and Vladimir Soldatkin

MOSCOW (Reuters) - Supporters of Kremlin critic Alexei Navalny held candle-lit gatherings in residential courtyards across Russia on Sunday despite warnings that they could be arrested.

Navalny's allies have declared a moratorium on street rallies until the spring after police detained thousands of people in the past few weeks at protests against the opposition politician's arrest and imprisonment.

But they wanted Russians to show solidarity with Navalny by gathering outside their homes for 15 minutes on Valentine's Day evening, shining their mobile phone torches and arranging candles in the shape of a heart.

People on social media posted pictures of themselves holding candles or phones with flickering flashlights across Russia, including in the Eastern Siberia city of Irkutsk, Yekaterinburg in the Urals mountains and Novosibirsk in Western Siberia.

However, the vigils were mostly small and sporadic, unlike the huge street protests in recent weeks.

Navalny was arrested last month on his return from Germany following treatment for poisoning with what many Western countries say was a nerve agent. He was jailed on Feb. 2 for violating parole on what he said were trumped-up charges.

He blames President Vladimir Putin for the poisoning, and Western countries are considering new sanctions against Russia. The Kremlin denies any involvement and questions whether Navalny was poisoned.

"Putin is fear. Navalny is love. That's why we will win," Leonid Volkov, one of Navalny's close allies, wrote on Twitter in a call for people to gather on Sunday.

Volkov, who is based in Lithuania, is one of several Navalny allies now abroad or under house arrest in Russia.

He urged people to flood social media with pictures of Sunday's gatherings - a new venture for the opposition that resembles political actions in neighbouring Belarus - using the hashtag #loveisstrongerthanfear in Russian.

Another activist called on women to form a human chain in Moscow on Sunday afternoon in support of Navalny's wife Yulia, who was reported to have flown to Germany this week, and other women affected by the police crackdown against protesters.

More than 100 women turned up at the Arbat in central Moscow to form the chain, braving bitter cold and holding a white ribbon measuring more than a 100 metres long.

"I really hope it will change things for the better, I sincerely want it," a woman in the chain in Moscow said.

Another smaller chain was formed in St Petersburg.

There were no large-scale arrests or clashes with the police.

The OVD-Info protest monitoring group said nine people were detained in the city of Kazan, some 820 km (510 miles) east of Moscow, following a rally against repression. Six of them had been released already.

Rights groups have accused police of using disproportionate force against protesters in recent weeks. The Kremlin has denied repression by police and says the protests were illegal because they were not approved and risked spreading COVID-19

Putin has blamed the pandemic for fuelling the protests and tried to downplay the role of Navalny. Speaking at a meeting of chief editors of mostly pro-government media last week, Putin refused to call Navalny by name, referring to him as "the defendant".

"This defendant is being used just as people's fatigue is emerging all over the world, including in our country," he said. "Irritation has piled up, people have become disgruntled including by their living conditions, by the level of income."

Navalny was in effect an outlet for anger at the authorities over the pandemic, he said.