BEIRUT (Reuters) - A senior Russian official on Thursday urged Syrian refugees to return to Syria where he said they faced no threat from President Bashar al-Assad's government or the Syrian security apparatus. Alexander Lavrentyev, Russia's Syria envoy, also said the Syrian government was not able to provide much financial help to returnees and urged foreign donors to provide assistance, saying the issue should not be politicised 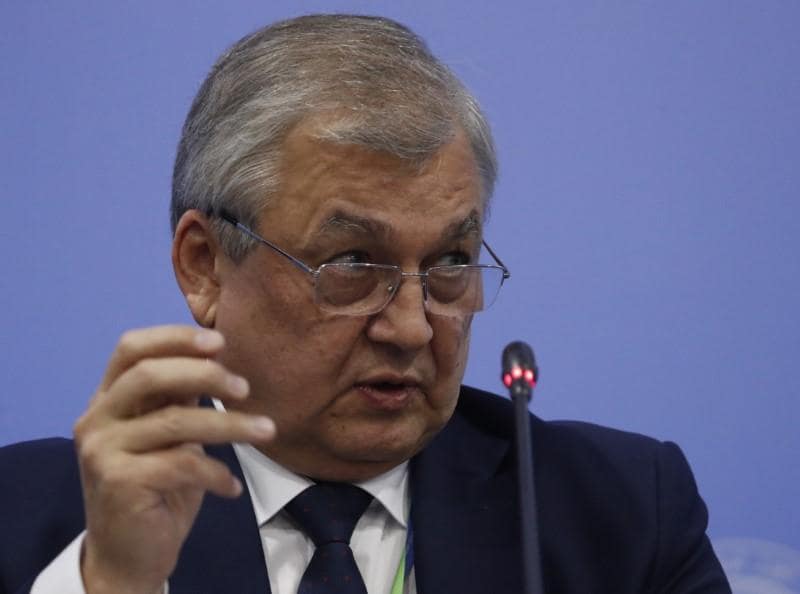 BEIRUT (Reuters) - A senior Russian official on Thursday urged Syrian refugees to return to Syria where he said they faced no threat from President Bashar al-Assad's government or the Syrian security apparatus.

Alexander Lavrentyev, Russia's Syria envoy, also said the Syrian government was not able to provide much financial help to returnees and urged foreign donors to provide assistance, saying the issue should not be politicised.

The United Nations says that conditions for returns to Syria are not yet fulfilled, more than seven years into a conflict that has killed hundreds of thousands of people since spiralling out of an uprising against Assad's rule.

While some refugees are trickling back, many Syrians who fled the country fear persecution by the Assad government.

Russia, whose military has helped Assad defeat insurgents across much of Syria, last week declared it had set up a refugee centre in Syria to help refugees return.

Lavrentyev, who met Assad in Damascus on Wednesday, said people were returning to Syria every day.

Some 5.6 million Syrians are registered as refugees in the region, around 1 million of them in Lebanon, where Lavrentyev met President Michel Aoun, Prime Minister Saad al-Hariri and Parliament Speaker Nabih Berri on Thursday.

"People are returning," Lavrentyev said. "It is a good sign, and it is a good signal for all those refugees who are still in Lebanon, in Jordan, in Turkey, that it is time to think it over, and to decide to return to their home," he said.

The Syrian government was "really willing to accept all those who want to come back to their homes", he said.

A Russian official said last week that preliminary assessments indicated 890,000 refugees could return to Syria from Lebanon in the near future, 300,000 from Turkey and 200,000 from European Union countries.

Aoun has described the refugees as an existential threat to Lebanon, and has been calling for their voluntary return to secure areas of Syria before a political settlement to the war.

Lebanon's General Security directorate has worked with Damascus to coordinate the return of hundreds of refugees in recent weeks. The names of those wishing to leave Lebanon must be approved by Damascus before they can go back.

In April, a Syria conference hosted by the European Union and co-chaired by the United Nations in April said conditions for returns were not yet fulfilled, and that present conditions were not conducive for voluntary repatriation in safety and dignity.

Assad has recovered control of most of Syria in the last few years. Much of the north and a large part of the east remains outside his control, however. The Syrian war is estimated to have killed hundreds of thousands of people.

Western states have said they will not help rebuild Syria until a negotiated political transition is under way.