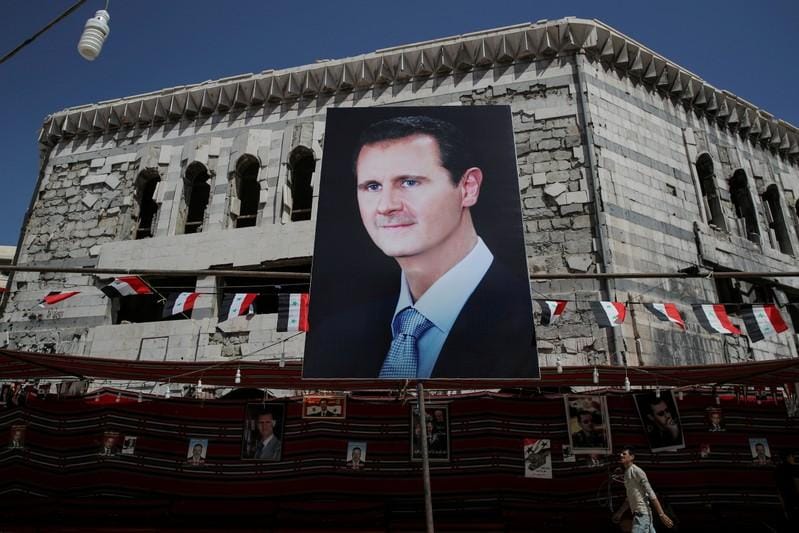 The Russian ministry said Shoigu and Assad had discussed the fight against global terrorism in Syria and various aspects of security in the Middle East.