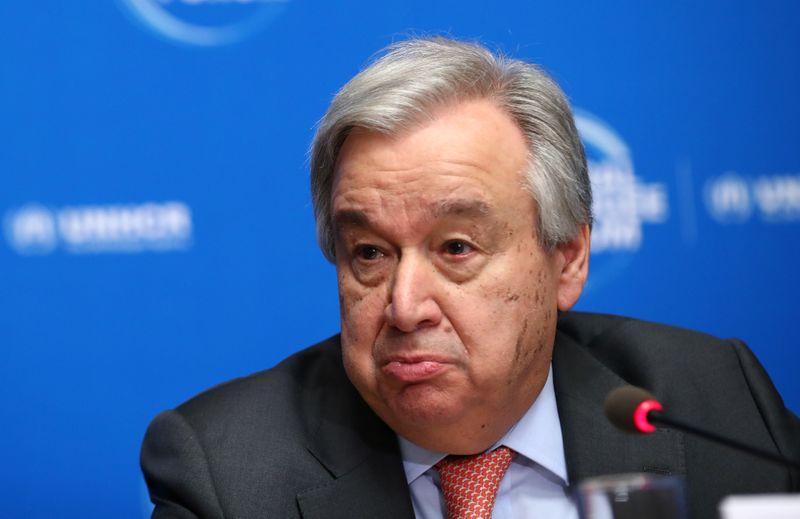 MOSCOW (Reuters) - Russia's Foreign Ministry accused the U.N. secretary general of turning a blind eye to what Moscow says is U.S. delays in issuing visas for Russian officials seeking to travel to the U.N. headquarters in New York.

Russian Foreign Ministry spokeswoman Maria Zakharova said in a statement that some Defence Ministry officials who were due to travel to the U.N. secretariat had to wait "months" for visa clearance.

"It is noticeable, that all that is happening with the sheer connivance from the U.N. Secretary General Antonio Guterres, who effectively ignores United States' breaches into the U.N. Charter," she said.

Russia summoned a senior U.S. diplomat in September to protest over what it said was Washington's unacceptable refusal to issue visas to members of a Russian delegation travelling to the U.N. General Assembly.