By Anton Zverev and Gabrielle Tétrault-Farber MOSCOW (Reuters) - Russia said on Friday that TikTok had deleted some of what it called illegal posts promoting weekend protests aimed at securing the release of Kremlin critic Alexei Navalny. It has also opened a criminal case into Navalny's supporters 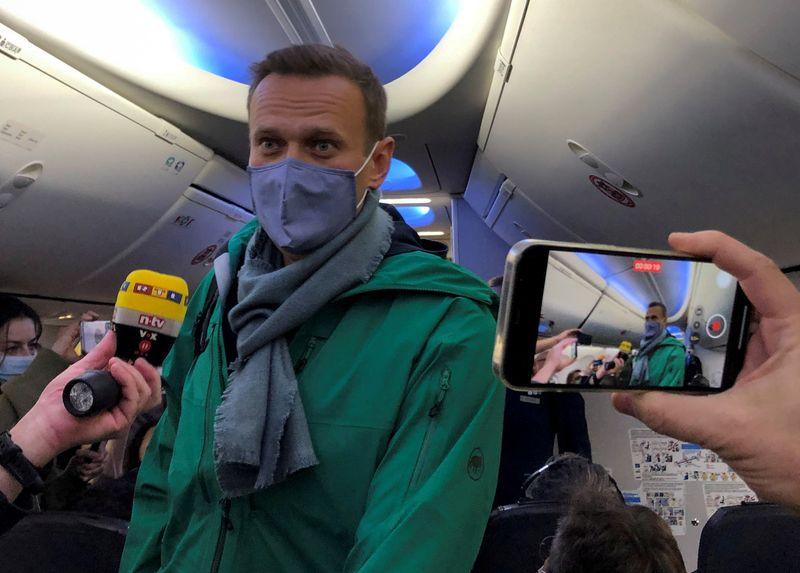 By Anton Zverev and Gabrielle Tétrault-Farber

MOSCOW (Reuters) - Russia said on Friday that TikTok had deleted some of what it called illegal posts promoting weekend protests aimed at securing the release of Kremlin critic Alexei Navalny.

It has also opened a criminal case into Navalny's supporters.

Posts promoting Navalny and protests planned for Saturday have been viewed more than 300 million times on TikTok, the Chinese-owned video sharing app, since he was jailed this week after flying back to Russia for the first time since being poisoned by a military-grade nerve agent.

Unfazed by official warnings against the rallies, young Russians have posted exuberant videos paying tribute to Navalny and mocking President Vladimir Putin as a prelude to the planned demonstrations.

"Respect to the schoolchildren who, according to my lawyer, 'wreaked havoc on TikTok'," Navalny said in a message relayed by his lawyer that was posted to Instagram on Friday.

Russian investigators said they had opened a criminal case into what they described as an attempt to get minors to commit illegal acts that could endanger their safety.

Citing COVID-19 risks, they said mass public events, which are banned in Moscow because of the pandemic, were a real risk to their health.

Communications watchdog Roskomnadzor, which had threatened to fine social platforms over protest-related content, said TikTok had deleted 38% of the posts it had deemed illegal by Friday. It added, however, that new calls for Russians to take to the streets were still emerging on the service.

Roskomnadzor said that TikTok - which had no immediate comment - was the platform where users were most actively calling for protests in support of Navalny.

Roskomnadzor said YouTube had deleted 50% of the posts that the regulator said had urged minors to protest, and that Instagram had taken down 17% of those posts.

The Kremlin said the measures taken by Roskomnadzor were "absolutely justified".

Students across Russia have posted videos of themselves taking down portraits of Putin hanging on the walls of classrooms and swapping them for pictures of a grinning Navalny.

Other users have offered jokey practical advice on how to avoid arrest at the protests, such as by adopting an American accent to pretend to be a foreign tourist.

"When everything gets bad, say 'I'm gonna call my lawyer!" TikTok user neurolera, whose video has more than 200,000 views, said in a North American drawl.

Political analyst Abbas Gallyamov, a former Kremlin speechwriter, told Reuters he expected a substantial number of TikTok users to take to the streets.

"When young people start getting interested in politics, they are always more radical and don't value the status quo as much as older groups," he said.