By Alexander Marrow and Tom Balmforth MOSCOW (Reuters) - Russia summoned Germany's ambassador on Wednesday to accuse Berlin of using the case of Kremlin critic Alexei Navalny to discredit Moscow and demanded that Germany immediately hand over medical data about his illness. Navalny, an opponent of President Vladimir Putin, was airlifted to Berlin for treatment after falling ill in Russia. 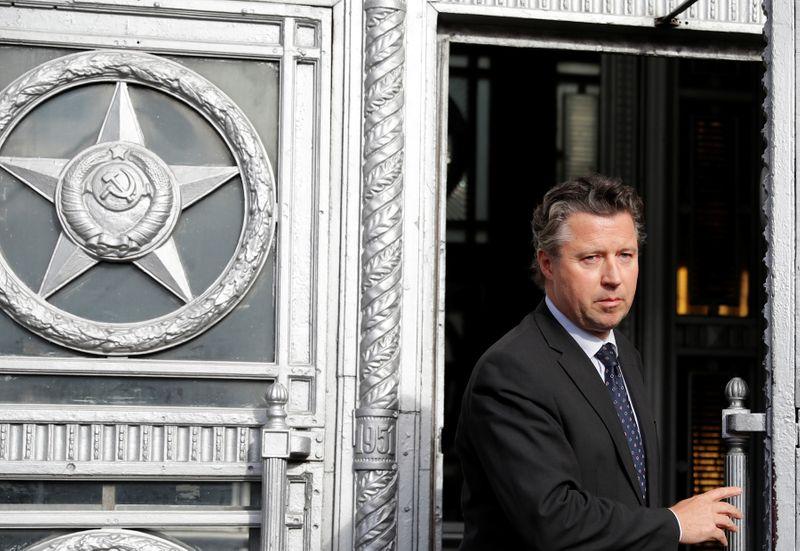 By Alexander Marrow and Tom Balmforth

MOSCOW (Reuters) - Russia summoned Germany's ambassador on Wednesday to accuse Berlin of using the case of Kremlin critic Alexei Navalny to discredit Moscow and demanded that Germany immediately hand over medical data about his illness.

Navalny, an opponent of President Vladimir Putin, was airlifted to Berlin for treatment after falling ill in Russia.

Germany says he was poisoned with a rare nerve agent, but Moscow says it has seen no solid evidence of that in a case prompting Western calls for new sanctions on Moscow.

"A strong protest was made to the ambassador in connection with Germany's unfounded accusations and ultimatums ... as well as Berlin's obvious use of the situation to discredit our country on the international stage," Russia's foreign ministry said.

Moscow, it added, told the German envoy that Russia expected a response to an Aug. 27 request for information including all medical data, biomaterials, examination results and test samples to be studied and verified.

German government vice-spokeswoman Martina Fietz said it had done everything necessary to help answer Russian requests and Navalny's case was now a matter for the judiciary.

Navalny's lawyer told German television station SWR that Russia was actively preventing an investigation. Vyacheslav Grimaldi added that he would take the case to the European Court of Human Rights should legal avenues in Russia be exhausted.

The German ambassador to Moscow spent around two hours inside the foreign ministry before leaving without making any comments to reporters.