Beirut: Russian warplanes pounded an Al-Qaeda-held city in northwestern Syria before dawn on Tuesday killing 23 civilians in the heaviest strikes in months, a monitoring group said.

Dozens of civilians were also wounded in the raids on Idlib, a provincial capital held by Al-Qaeda affiliate Al-Nusra Front and its allies since March last year, the Syrian Observatory for Human Rights said.

Al-Nusra is not party to a Russian- and US-brokered ceasefire that went into force on 27 February between Moscow-backed government forces and Washington-backed non-jihadist rebels. 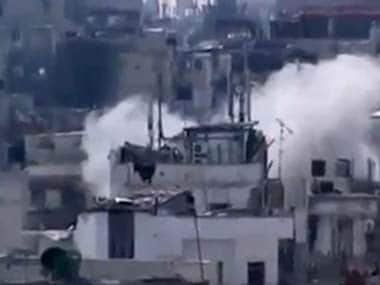 "The air strikes are the most intensive on Idlib since the beginning of the truce," Observatory chief Rami Abdel Rahman told AFP.

"Even though Idlib is not covered by the truce, it had been relatively calm with only intermittent raids," he added.

The strikes hit near a hospital and a public garden. Moscow has been carrying out an air campaign in support of its Damascus ally since September last year. It has been criticised for targeting non-jihadist rebels as well as Al-Qaeda and its rival the Islamic State group.

Russia has called for other rebel groups to withdraw from areas controlled by Al-Nusra and break ranks with the jihadists. More than 280,000 people have been killed in Syria since the civil war erupted in 2011.