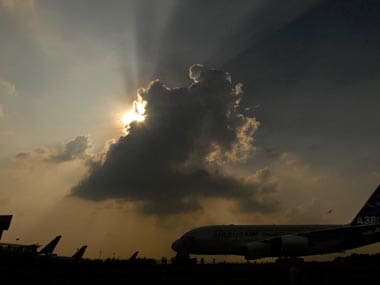 In a massive aircraft accident, a Russian domestic passenger plane crashed on the outskirts of the Russian capital on Sunday after taking off from Moscow's Domodedovo airport, Russian media reported. Rescue workers said they found 'bodies everywhere' as officials confirmed the death of 71 people on board Saratov Airline 6W 703. The Antonov An-148 plane operated by the domestic Saratov Airlines was flying to Orsk, a city in the Urals, and crashed in the Ramensky district outside Moscow.

Russian news agencies reported 65 passengers and 6 crew were on board.

Earlier, a BBC report had reported that the aircraft had vanished from radar screens after it left Moscow for the Urals.

CNN reports that rescue teams are on the way to the site where the plane is believed to have crashed.

A Reuters report quoted by NDTV says that the debris of the aircraft has been found and that there are no survivors.