By Tom Balmforth and Alexander Reshetnikov MOSCOW (Reuters) - A Russian court on Friday ruled that Paul Whelan, a former U.S. marine accused of spying, should be held in a pre-trial detention facility for a further three months to give investigators more time to look into his case 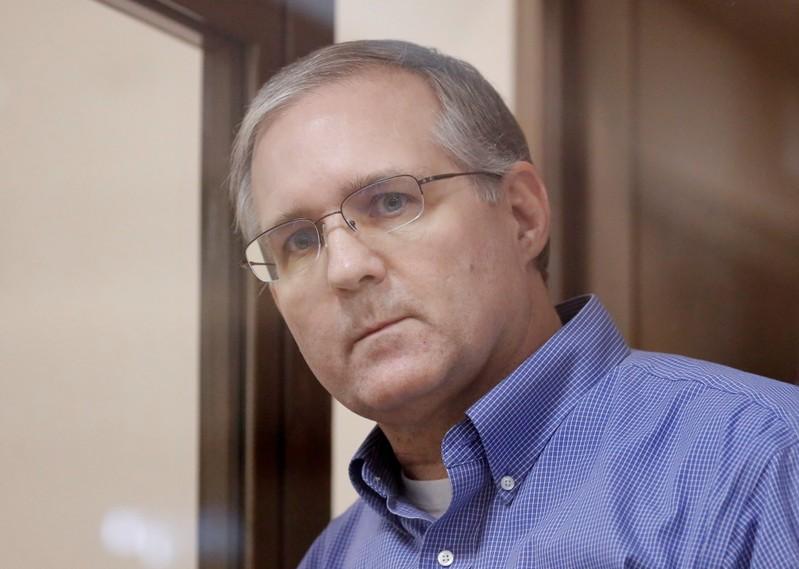 By Tom Balmforth and Alexander Reshetnikov

MOSCOW (Reuters) - A Russian court on Friday ruled that Paul Whelan, a former U.S. marine accused of spying, should be held in a pre-trial detention facility for a further three months to give investigators more time to look into his case.

Whelan, who holds U.S., British, Canadian and Irish passports, was detained in a Moscow hotel room on Dec. 28 and accused of espionage, a charge he denies. If found guilty, he could be imprisoned for up to 20 years.

The case has put further strain on already poor U.S.-Russia relations as has that of another detained American, private equity chief Michael Calvey.

Whelan had met the same person in the town of Sergiev Possad in May last year where they visited the town's monastery and other tourist sites, the lawyer, Vladimir Zherebenkov, told reporters on Friday.

When Whelan returned to Russia again in December to attend a wedding, the same acquaintance unexpectedly turned up and gave him a flash drive containing what Whelan thought were photographs of the earlier trip, the lawyer said.

"Paul and I consider this was a provocation and a crime by his acquaintance," said Zherebenkov, saying Whelan had known the man, whom he did not name, for several years.

Whelan on Friday appeared in court in a cage and looked downcast when he spoke briefly to reporters before masked security officials cut him off.

"I could do with care packages, food, things like that, letters from home," Whelan said.

The court on Friday said Whelan would be held in pre-trial detention until May 28, extending an earlier ruling to keep him in custody until Feb. 28.

The U.S. embassy in Moscow said a consular official had visited Whelan in custody on Thursday.

It said, however, that it was unable to provide further information as Whelan had not been allowed by investigators to sign a privacy act waiver (PAW) that would legally allow the U.S. government to release information about the case.

"In every other instance, we have been able to obtain a signed PAW, but in Mr. Whelan's case, the Investigative Committee is not allowing this to happen. Why is this case any different?" embassy spokeswoman Andrea Kalan wrote on Twitter.