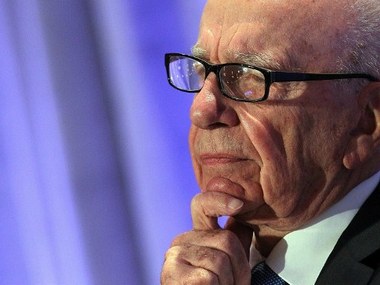 Murdoch was praising Republican presidential candidate Ben Carson and his wife on Twitter Wednesday evening when he wrote: "Ben and Candy Carson terrific. What about a real black President who can properly address the racial divide?"

Murdoch is the founder of Fox News Channel, and News Corp's publications include The New York Post and The Wall Street Journal.

The 84-year-old Murdoch has praised Carson on Twitter before, calling him "irreproachable on background, achievements, character, vision."