Royal etiquette for Donald Trump's visit to Buckingham Palace: Don't kiss the queen, called her 'Your Majesty' first and then Ma'am

London: US President Donald Trump is coming to Britain fresh from a confrontational NATO summit that featured stinging criticism of America's closest allies, but he's likely to tone down that stance when he takes tea Friday with Britain's Queen Elizabeth II.

The president and his wife Melania are not expected to make waves during the visit with the 92-year-old monarch. Elizabeth has met every U.S. president since Dwight Eisenhower with the exception of Lyndon Johnson, who never visited Britain while in office. 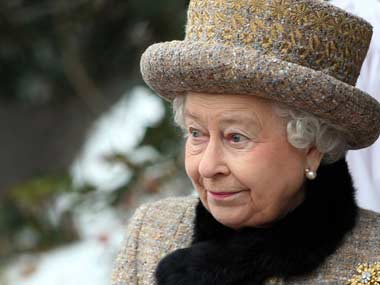 The imposing setting at Windsor Castle and the fact that his hostess is one of the most admired women in the world are expected to temper Trump's iconoclastic ways. There are also rules of etiquette for encounters with the queen, although they are less rigid than many believe.

Chief among them: Don't get too affectionate with the queen, who does not expect to be hugged or kissed by guests.

In a meeting like this, etiquette requires Trump to wait until the queen offers her hand, then to shake it politely and move on. The same applies to Mrs. Trump.
Neither the president nor the first lady would be likely to bow or to curtsy when they meet the queen, said Hugo Vickers, an author who has long chronicled the British royals.

"That wouldn't be required from a head of state or the wife of a head of state," he said. "He would be wise not to attempt to kiss her, and I don't expect for a moment that he will."

Vickers expects the royal visit to go smoothly despite the many controversies swirling around Trump's visit to the U.K. He says the queen will form an impression of the American president but will not share it, given her penchant for keeping her thoughts to herself and her very closest family.

"Whatever we think of President Trump, he is the elected president of the United States of America and he has been invited to this country and he must be treated with great civility," Vickers said. "The queen will obviously be very courteous to him."

There are conventions for how to address the queen. The Trumps will be expected to call her "Your Majesty" upon meeting her and afterward call her "Ma'am."
But the queen certainly was not upset when South African President Nelson Mandela called her Elizabeth. Nor was she miffed when Michelle Obama put her arm around the queen briefly.

Elizabeth, the longest reigning monarch in British history, has shown herself to be unflappable when the unexpected occurs. She is not known to show anger in public, and the only times most people have seen her show unbridled glee is when one of her racehorses performs extremely well in a competition.
The public usually sees her in maximum composure mode.

She didn't complain, for example, in 1991 when poor White House planning meant that only her hat was visible when she addressed a crowd in Washington along with President George H.W. Bush — the podium height had been set for the tall president, not the diminutive monarch.

The queen is known to dislike revealing clothing, so it is expected that Mrs. Trump will wear a fashionable but conservative outfit. The president is likely to wear his traditional blue suit and a tie.

Some standard rules apply — it's considered poor form to turn your back on the queen or to photograph her. Still, the days when there was a "proper" or "improper" way to hold a tea cup disappeared at about the time of the Beatles.

"Those days are long gone," said Joe Little, managing editor of Majesty magazine. "As long as he doesn't drink it out of the saucer. That's sort of a British, a London tradition, but it's frowned upon."

He said the entire event will be much more relaxed than a formal banquet or lunch.

It will not be a prolonged visit, like the one in 1982 that was long enough to allow Ronald Reagan to go horseback riding with the queen.

There is one thing the Trumps should keep in mind, however: If you don't like dogs, pretend that you do, even if it's only for an hour.