NEW YORK (Reuters) - Iranian President Hassan Rouhani said on Thursday he expected the British-flagged oil tanker Stena Impero, seized by Iran in July, to be released after the completion of legal procedures in his country. 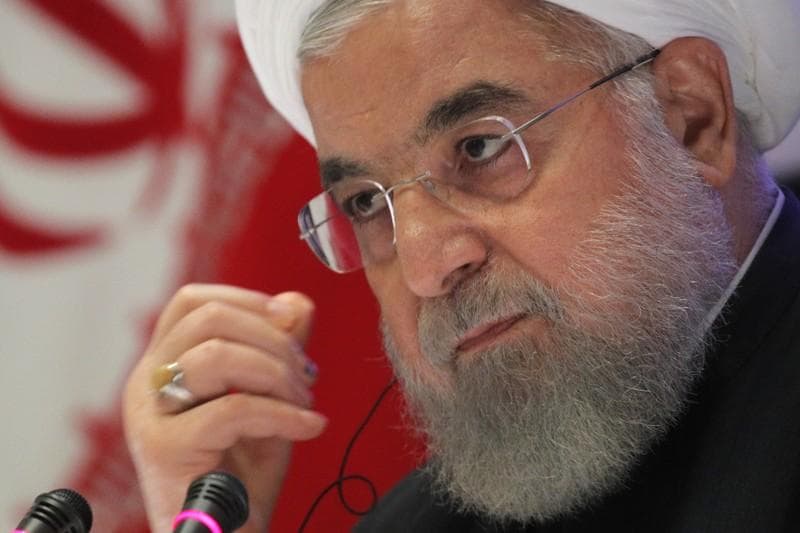 NEW YORK (Reuters) - Iranian President Hassan Rouhani said on Thursday he expected the British-flagged oil tanker Stena Impero, seized by Iran in July, to be released after the completion of legal procedures in his country.

"The tanker is going through the final court proceedings. I predict that it will be released," Rouhani said at a news conference in New York during the United Nations' annual gathering of world leaders.

The ship's owner, Stena Bulk of Sweden, said on Wednesday the vessel was still being held in Iran despite the lifting of a detention order on the tanker by Tehran.

Stena Bulk said it was not in negotiations with Iran and was not aware of any formal charges against the crew or the company.

Iran's foreign ministry said earlier on Wednesday that a lifting of the detention order had been finalised but that an investigation into the vessel was ongoing.

"We haven't been accused of anything," Stena Bulk Chief Executive Erik Hanell said in a telephone interview. "Not through any formal letter or anything else to the company.

"We are still in the dark over why we are anchored in Bandar Abbas," said Hanell, referring to the port city on Iran's southern coast, on the Gulf.

The CEO said the ship was fuelled and ready to steam for a port in the United Arab Emirates as soon as it was cleared to leave.

Iranian forces seized the Stena Impero on July 19 for alleged marine violations two weeks after British marines detained an Iranian tanker off Gibraltar. The Iranian vessel was released in August.

The actions followed attacks on other merchant vessels in Gulf oil shipping routes which Washington blamed on Tehran. Iran has denied responsibility.

The head of Iran's Ports and Maritime Organization, Mohammad Rastad, said on Monday that the Stena Impero was free to depart Bandar Abbas port after legal hurdles had been cleared.

Hanell said there were still Iranian guards on the ship and said he had no idea why the ship had not been allowed to leave yet.

"We had a dialogue with them up until the end of last week. We thought everything was ready" for the ship to be released, Hanell said.

Iran freed seven of the ship's 23 crew members earlier this month. Stena Bulk has tried to get the rest out as well, in part by offering a crew exchange.