Roger Stone open to talking with Mueller in Russia probe

By Doina Chiacu WASHINGTON (Reuters) - Roger Stone, an ally of President Donald Trump and a longtime Republican operative, did not rule out on Sunday cooperating with Special Counsel Robert Mueller in his investigation of Russian meddling in the 2016 U.S. presidential election. Arrested at his waterfront home in Florida on Friday in a dawn raid by FBI agents, Stone told reporters he would not 'bear false witness against the president.' Stone was charged with lying to Congress about the Trump campaign's efforts to use stolen emails to undercut Democratic rival Hillary Clinton 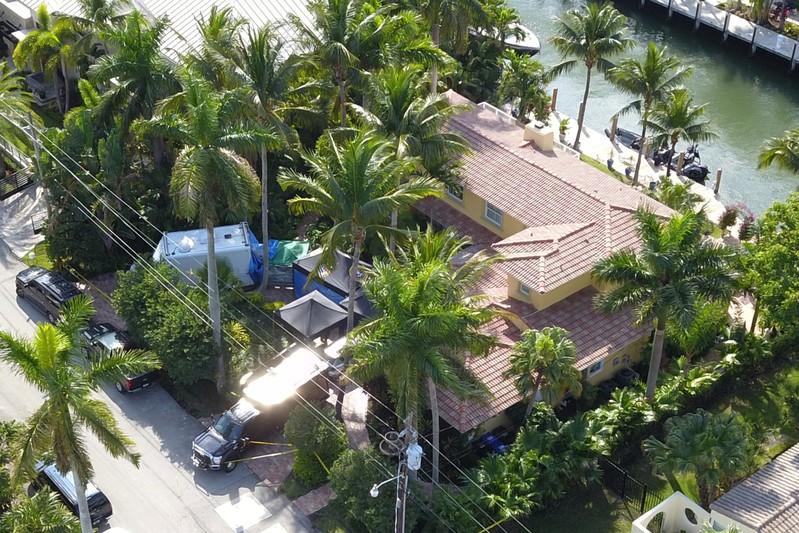 WASHINGTON (Reuters) - Roger Stone, an ally of President Donald Trump and a longtime Republican operative, did not rule out on Sunday cooperating with Special Counsel Robert Mueller in his investigation of Russian meddling in the 2016 U.S. presidential election.

Arrested at his waterfront home in Florida on Friday in a dawn raid by FBI agents, Stone told reporters he would not "bear false witness against the president."

Stone was charged with lying to Congress about the Trump campaign's efforts to use stolen emails to undercut Democratic rival Hillary Clinton.

Asked on ABC's "This Week" if he would cooperate with Mueller, he said: "You know, that's a question I would have to – I have to determine after my attorneys have some discussion."

"I'd also testify honestly about any other matter, including any communications with the president," he said. "It's true that we spoke on the phone, but those communications are political in nature, they're benign, and there is certainly no conspiracy with Russia."

Stone, 66, will be arraigned in federal court in Washington on Tuesday.

Stone's indictment cut deeply into Trump's inner circle and revealed a link between his campaign and WikiLeaks, the online publisher of secret documents, to damage Clinton with material that U.S. intelligence agencies have said was stolen by Russians.

The special counsel's indictment also said a top Trump campaign official was directed to contact Stone about additional damaging information that WikiLeaks had on Clinton.

Jerome Corsi, a right-wing commentator and conspiracy theorist, said on Friday that he is the "Person 1" cited in the indictment as having communicated with Stone about the stolen emails and WikiLeaks' plan to release them.

He also said the information in the indictment was accurate and that he would testify against Stone. "I will be happy to testify," he told CNN's "State of the Union" on Sunday. "And I will let the testimony fall wherever it falls."

'FIGHT FOR MY LIFE'

Stone said the evidence in Mueller's indictment was thin, "so I'm prepared to fight for my life."

U.S. Representative Adam Schiff, the Democratic chairman of the House Intelligence Committee, said, however, that the indictment presented specific allegations of lies and witness intimidation that were unambiguous and provable.

"They are very detailed and I think he's going to need a much better defense than the one you just heard," he told ABC.

Republican Senator Marco Rubio said working with WikiLeaks should be considered a crime because it was tantamount to cooperating with a foreign intelligence agency.

"It should have been clear to people a long time ago that WikiLeaks and others like that could have been tools of foreign intelligence used to divide America," Rubio said on NBC's "Meet the Press."

The Kremlin denies U.S. intelligence agencies’ findings that Russia interfered to sway the 2016 election away from Clinton and toward Trump, who denies any collusion.

Schiff said his panel would give Mueller access to all transcripts of testimony before the committee, including Trump's son Donald Trump Jr., for prosecution purposes. He also pledged to continue congressional probes of any Trump-Russia ties.

"We are determined the public is going to know exactly what Donald Trump did, what his family did, what his campaign did, what the Russians did and what we need to do to protect the country,” Schiff said.