By Nathan Layne (Reuters) - The head of Rochester, New York's police union on Friday defended the actions of officers involved in the March arrest of Daniel Prude, a Black man whose death triggered protests, saying they followed protocols in using a hood to restrain him. 'They had to do exactly what they did,' Rochester Police Locust Club President Michael Mazzeo told a news conference on Friday, adding that there was a 'substantial amount of evidence to show why the protocols' used by the officers were employed 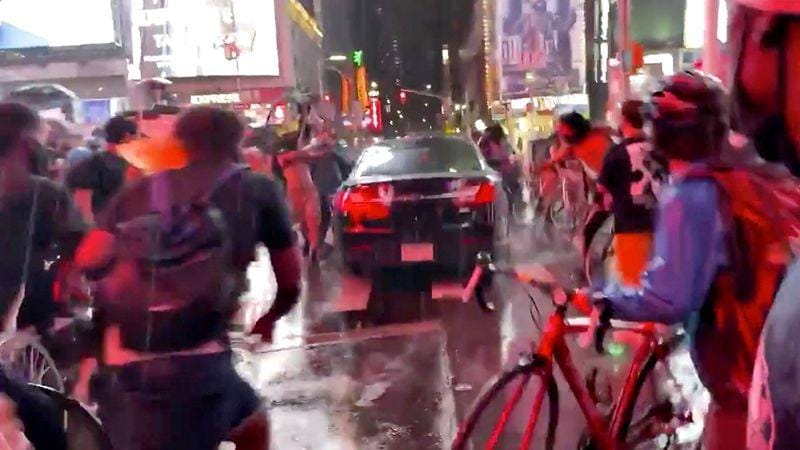 (Reuters) - The head of Rochester, New York's police union on Friday defended the actions of officers involved in the March arrest of Daniel Prude, a Black man whose death triggered protests, saying they followed protocols in using a hood to restrain him.

"They had to do exactly what they did," Rochester Police Locust Club President Michael Mazzeo told a news conference on Friday, adding that there was a "substantial amount of evidence to show why the protocols" used by the officers were employed.

Prude, a 41-year-old Black man, died after an encounter with police in Rochester, New York, in March. His family this week released body camera footage from his arrest, showing a group of officers putting a mesh hood over Prude's head - apparently to prevent his spit from possibly transmitting the novel coronavirus - as he kneels naked and restrained on the street.

Release of the video was followed by protests in Rochester, turning the city of 200,000 people in the northwest corner of the state into the latest flash point in a summer of civil unrest over racism and police brutality.

Seven police officers were suspended Thursday over the arrest. The medical examiner ruled his death a homicide caused by "complications of asphyxia in the setting of physical restraint", with intoxication by phencyclidine, or the drug PCP, among additional contributing factors.

Rochester police chief La'Ron Singletary and mayor Lovely Warren, both Black, have faced questions over why the officers were not disciplined until the videotape became public five months later. Singletary has said internal and criminal investigations were underway.

Mazzeo, in his first comments since the body camera footage was made public, said he had been told by Singletary's office after the arrest that there were "no concerns" with the officers and that they had followed training.

Maria Haberfeld, a professor at John Jay College of Criminal Justice, said that based on the known facts and the video evidence available online she believes the officers acted properly, including in their use of a so-called "spit hood".

"This device is intended to protect officers and others from somebody who threatens to bite or spit, or uses their mouth to infect them," Haberfeld said, describing their response to the situation as "absolutely by the book".

The video footage also shows officers forcing Prude's face down on the ground. Prude can be heard shouting, "Take this ... off my face!" and "You're trying to kill me!" in response to the hood. Officers are heard saying "Calm down" and "stop spitting."

Prude's head was then pressed onto the pavement for two minutes, according to video footage and records released by Prude's family. He died a week later at the hospital.

Pressing a person's face down is also a common procedure among police departments as a way to gain control over someone who is resisting arrest or who appears to be under the influence of drugs, Haberfeld said.