WASHINGTON (Reuters) - U.S. President Donald Trump has signed off on an effort to seek an additional $1 trillion in coronavirus economic relief, Treasury Secretary Steve Mnuchin said on Monday, as Republicans laid out their initial proposal for talks with Democrats. 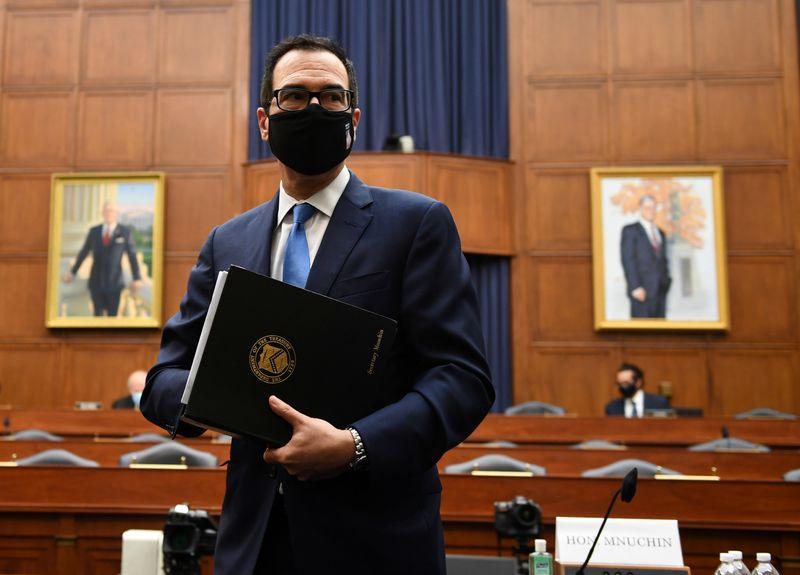 WASHINGTON (Reuters) - U.S. President Donald Trump has signed off on an effort to seek an additional $1 trillion in coronavirus economic relief, Treasury Secretary Steve Mnuchin said on Monday, as Republicans laid out their initial proposal for talks with Democrats.

"We'll focus on starting with another trillion dollars. We think that will have a big impact," Mnuchin told reporters as he met with Trump and the two top Republicans in the U.S. Congress.