Canberra: Australian Prime Minister Malcolm Turnbull on Friday expressed regret that an Islamic cleric, who once said AIDS was a fitting punishment for being a homosexual, was invited to a government-hosted dinner.

Speaking on Australian radio on Friday, Turnbull condemned divisive remarks made by Sheikh Shady Al-Suleiman, national president of the Australian National Imams Council, who was invited to the dinner which signified the beginning of Ramadan, Xinhua news agency reported. 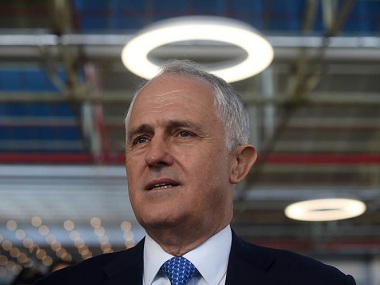 The cleric has previously been on record to say that homosexuality is an "evil act" which brings with it "evil disease", and Turnbull said that if he had known of such remarks, Suleiman would have been taken off the invite list.

"If I had been aware he had made those remarks about homosexuals and gay people, he would not have been invited," Turnbull said.

Government spokesman, Mathias Cormann echoed the prime minister's views, saying that Turnbull did not personally invite Suleiman, rather, he would have been part of a broader invite to the Imam Council.

"As soon as (Turnbull) did become aware, he absolutely condemned the (comments)," Cormann told Sky News on Friday.

Following the revelations, Suleiman released a statement regretting his choice of words in the past, and revoked his views that gays should be punished for their sexuality.

"I have previously noted passages in the holy Quran which do not support homosexuality," he said.

"However I always follow such statements with a personal commitment to tolerance and encouragement that all Muslims and all people approach all individuals, no matter their faith, race or sexuality, in a considerate and respectful way."

The Iftar dinner hosted by Turnbull is thought to be the first by an Australian prime minister, while Turnbull also took the opportunity to praise the contribution of Australian Muslims for promoting unity in the community.