By John Whitesides (Reuters) - Voters in Mississippi on Tuesday will decide a U.S. 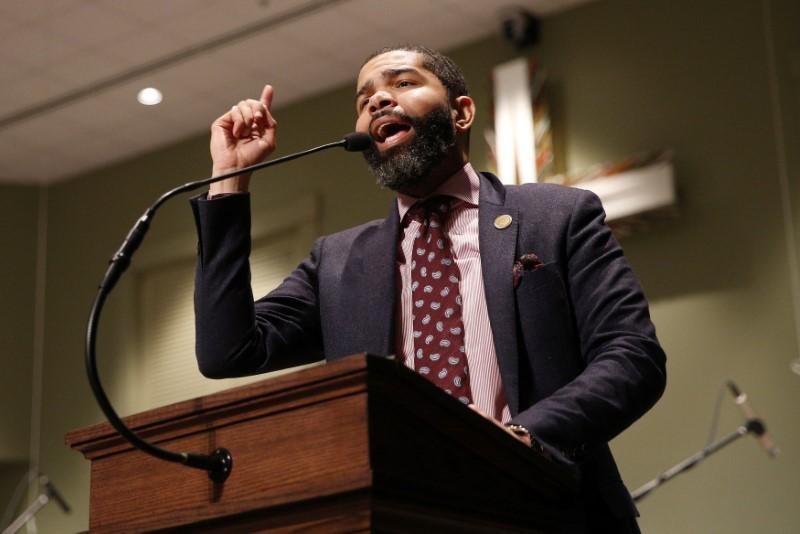 (Reuters) - Voters in Mississippi on Tuesday will decide a U.S. Senate special election runoff marked by racial controversy and capped by a last-minute visit by President Donald Trump to shore up the beleaguered Republican incumbent.

Senator Cindy Hyde-Smith, a white former state lawmaker who was appointed to the seat in April, is still favored over black Democrat Mike Espy in the reliably Republican state, which has not sent a Democrat to the U.S. Senate since 1982.

But she has been engulfed in a political storm since a video surfaced showing her praising a supporter at a Nov. 2 public event by saying: "If he invited me to a public hanging, I'd be on the front row."

The comment caused an uproar in Mississippi, a deep South state with a history of racism and violence against blacks, including lynchings. Several businesses, including giant retailer Walmart, demanded that she return their donations.

Hyde-Smith was also shown on another video joking about suppressing liberal student votes, and photographs have surfaced of her posing with Confederate artifacts in 2014.

Espy, a former congressman and U.S. agriculture secretary, gained new momentum from the furor in a state where 38 percent of residents are African-American.

"She is still the front-runner, but she is a wounded front-runner. She's not the sure thing she was a few weeks ago," said Nathan Shrader, a political science professor at Millsaps College in Jackson, the state's biggest city.

Hyde-Smith, who initially refused to apologize for the hanging remark, said last week she was sorry "for anyone that was offended" and accused Espy of twisting her words for political gain.

Espy denied the charge and said "we all know what came out of your mouth." He has said the comment perpetuated negative stereotypes about Mississippi and hurt investment.

Hyde-Smith, 59, has touted her support for Trump and her endorsement by the president, who won Mississippi by 18 percentage points in 2016. Trump held two get-out-the-vote rallies in the state on the eve of the election.

"Got to get out and vote, don't take any chances," he told supporters in Tupelo. "Your vote on Tuesday will decide whether we build on our extraordinary achievements or whether we empower the radical Democrats to obstruct our progress."

The runoff to serve the last two years of former Republican Senator Thad Cochran's term was necessary because neither Espy nor Hyde-Smith gained more than 50 percent of the vote in a Nov. 6 special election with four candidates. Cochran, 80, resigned earlier this year, citing health concerns.

The last contest of the midterm election cycle, Tuesday's election will not affect the balance of power in the new Congress that sits in January. Republicans will still hold a Senate majority even if Hyde-Smith loses, while Democrats will take control of the House of Representatives.

A lack of public polling has contributed to uncertainty about the race.

Espy, 64, has campaigned as a moderate who would work with Trump and Republicans to benefit the state. Shrader said Espy had done a good job of walking the fine line of appealing to Republicans while still generating enthusiasm among Democrats.

"Hyde-Smith is relying on her Republican affiliation and her loyalty to Trump - and that might be enough," he said.