By Andrew Osborn MOSCOW (Reuters) - President Vladimir Putin has signed a decree ordering the Russian government to work towards meeting the 2015 Paris Agreement to fight climate change, but disappointed activists by setting a goal they said would allow emissions to rise. 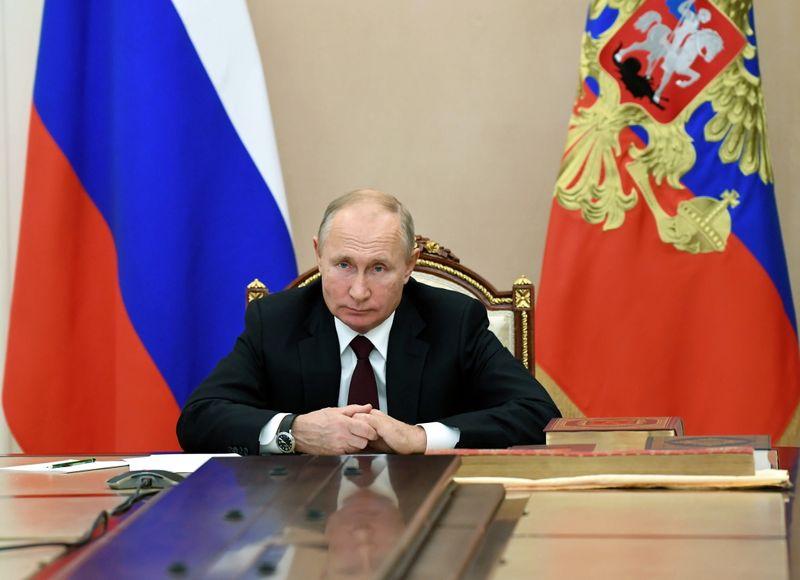 MOSCOW (Reuters) - President Vladimir Putin has signed a decree ordering the Russian government to work towards meeting the 2015 Paris Agreement to fight climate change, but disappointed activists by setting a goal they said would allow emissions to rise.

Russia, the world's fourth-largest emitter of greenhouse gases, has previously signalled its acceptance of the accord, though green groups have criticised Moscow for shunning compulsory targets for companies backed with fines.

Climate change poses a serious challenge for Russia, whose economy relies heavily on oil and gas production, as well as mining. Some of that infrastructure is built on permafrost, which is vulnerable to rising temperatures.

In a decree published on Wednesday, a public holiday in Russia, Putin, who has cast himself as a defender of the environment, formally ordered the government to work towards a cut in greenhouse gas emissions.

He asked them to aim for a reduction, by 2030, of up to 30% below emission levels in 1990, a year when emissions were in freefall prior to the Soviet collapse.

Green groups and analysts said the goal was far too modest.

"This fails to meaningfully improve on the previous pledge of 25-30%, and is below the 33% target proposed in March," said Ryan Wilson, an analyst at the Climate Analytics policy institute in Berlin.

"Russia's failure to improve its critically insufficient 2030 target means it continues to not pull its weight under the Paris Agreement, with this target in line with warming of up to 4C."

EkoZashcita, a Russian environmental group, said talk in Putin's decree of an emissions cut was also misleading because official data showed Russia was now emitting 52% of 1990 levels. That, it said, meant Putin's target would actually allow emissions to rise.

Putin's decree also came with a big caveat. He said any action to cut emissions must take account of the need to ensure steady and balanced socio-economic development, and he ordered the government to draw up and ratify a socio-economic strategy up to 2050 that factored in lower emissions.

Putin has questioned whether human activity is the sole driver of warming climate cycles, but praised the Paris pact in the past.

He has said however that it would require countries to modernise industry, something likely to cost big business billions of dollars and incur job losses, an eventuality he said had to be properly planned for.