BAGHDAD (Reuters) - At least 3,000 protesters in the southern Iraqi city of Nasiriya on Friday broke into the provincial government building and set it on fire, police sources said. Meanwhile, six protesters were wounded in the southern city of Amara in Maysan province, when guards protecting the local office of Shi'ite militia group Asaib Ahl al-Haq opened fired, two security sources said. The protesters had been trying to set the office on fire, the sources said 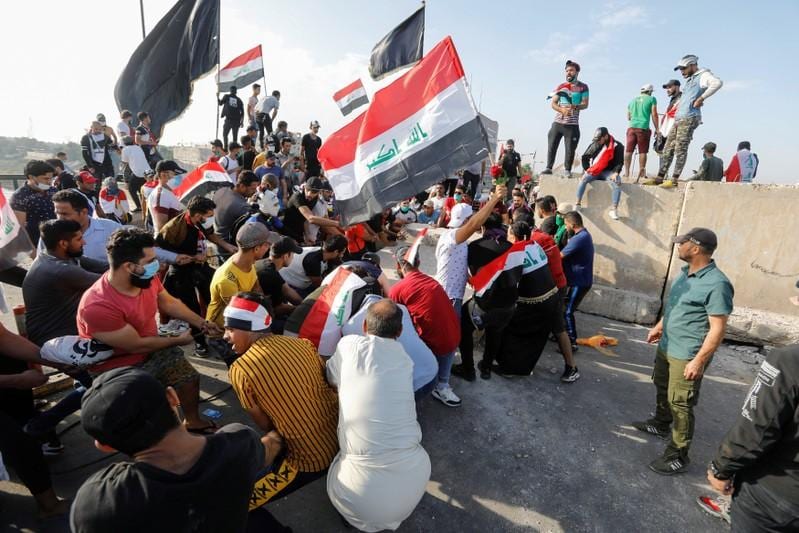 BAGHDAD (Reuters) - At least 3,000 protesters in the southern Iraqi city of Nasiriya on Friday broke into the provincial government building and set it on fire, police sources said.

The protesters had been trying to set the office on fire, the sources said.

Anti-government demonstrations are taking place nationwide on Friday, with protesters calling for the resignation of the government and an end to corruption.