Pro-democracy Iranians in U.S. say death of Soleimani could open a window for dissidents 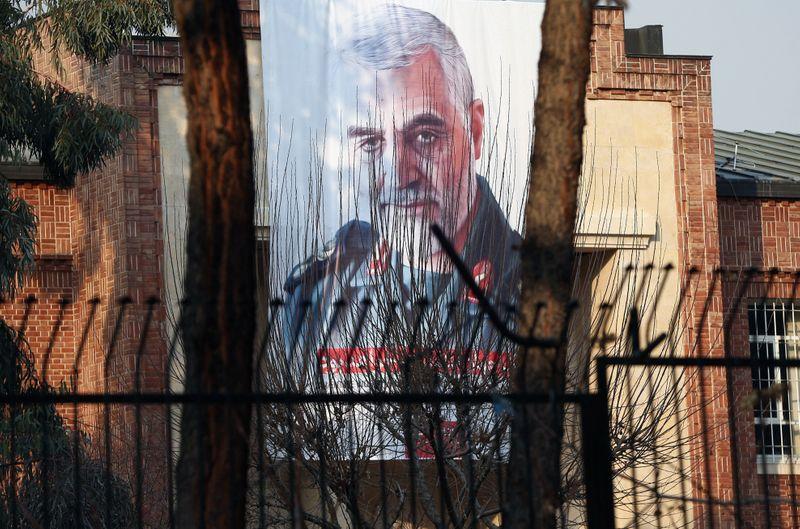 CULVER CITY, Calif. (Reuters) - The death of a top Iranian general in an American missile strike was long overdue, the leaders of a U.S.-based pro-democracy group said on Tuesday, and might "open a window" for dissidents to challenge a weakened government in Tehran.

General Qassem Soleimani, the commander of Iran's elite foreign paramilitary and espionage service, known as the Quds Force, was killed on Friday when missiles fired by a U.S. drone struck his vehicle as he left Baghdad airport.

The surprise attack on Soleimani, who built up Tehran's network of proxy armies across the Middle East and was a pivotal figure in orchestrating its campaign to drive U.S. forces out of Iraq, has plunged the region into a new crisis and raised fears of a wider war.

"This was long overdue," Nasser Sharif, president of the California Society for Democracy in Iran, told Reuters in an interview. Sharif said Soleimani had used repressive tactics against the Iranian people, spread fear via the Quds Force, and supported the government of President Bashar al-Assad in Syria.

"Soleimani was pushing an agenda of expanding terror across the Middle East. He is responsible for the death of thousands of people. When our community here heard this news it was thrilled," Sharif said.

Southern California is home to the largest concentration of Iranians outside that country and hundreds of pro-democracy Iranian-Americans are set to meet on Saturday in a long-planned convention at which the death of Soleimani is likely to be a major topic of discussion, Sharif said.

Soleimani was a national hero to many Iranians, whether supporters of the clerical leadership or not, but viewed as a dangerous villain by Western governments opposed to Iran's arc of influence running across the Levant and into the Gulf region.

On Tuesday at least 56 people were killed in a stampede in Tehran as tens of thousands packed streets to mourn the military commander. Iran pledged revenge for his death and, hours after the funeral, it launched a missile attack on U.S.-led forces in Iraq.

OUT IN THE STREETS

Sharif said dissidents inside and outside Iran see the country's leadership as vulnerable, weakened financially, and exposed to the world as repressive, and believe the death of Soleimani comes at an opportune time for those seeking a democratic uprising.

"This might open a window for Iranian protesters to come out into the streets again," Sharif said. The general would be hard for Tehran to replace, he said.

In November, protests initially sparked by an abrupt hike in gasoline spread across Iran as demonstrators called for more political freedom. Reuters has reported that some 1,500 people were killed in the resulting crackdown ordered by Supreme Leader Ayatollah Ali Khamenei, the bloodiest since the Islamic Revolution in 1979.

Sharif said he had not heard of any heightened security concerns in the United States affecting Iranians. But the Washington DC-based National Iranian American Council expressed concern in a statement on Monday about "alarming reports" that over 60 Iranians and Iranian-Americans had been detained and questioned by U.S. Customs and Border Protection officials at Canada's border with Washington State.

Reuters has not verified those reports and the CBP has not responded to requests for comment.

Friction between Iran and the United States has risen since Trump withdrew in 2018 from a nuclear deal between Iran and world powers and reimposed sanctions on Tehran, slashing its vital oil exports.

U.S. officials have said Soleimani was killed because of solid intelligence indicating forces under his command planned attacks on U.S. targets in the region, although they have as yet provided no evidence.