LONDON (Reuters) - British Prime Minister Boris Johnson praised the 'strength of the union' on Thursday, using a visit to Scotland to dismiss the possibility of a new independence referendum for a nation that is increasingly at odds with his government. 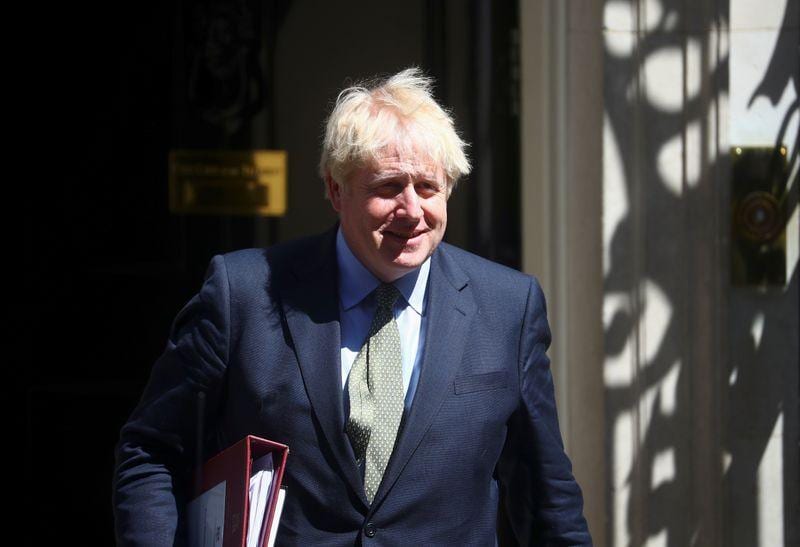 LONDON (Reuters) - British Prime Minister Boris Johnson praised the "strength of the union" on Thursday, using a visit to Scotland to dismiss the possibility of a new independence referendum for a nation that is increasingly at odds with his government.

With some polls suggesting a slim majority of people in Scotland now support independence from the rest of the United Kingdom, Johnson was keen to press the case for the whole country working together to tackle the coronavirus and economic crisis.

The pandemic and Brexit have badly strained the ties that bind the kingdom's constituent parts - England, Scotland, Wales and Northern Ireland. Scotland's pro-independence government opposes leaving the European Union and accuses Johnson of mistakes in responding to COVID-19.

"The union is a fantastically strong institution, it's helped our country through thick and thin. It's very, very valuable in terms of the support we've been able to give everybody throughout all corners of the UK," Johnson told reporters after arriving in Orkney, an island group off the northern coast of Scotland.

Asked whether there was a growing case for a new independence referendum after Scotland voted in favour of the union in 2014, Johnson said: "We had a referendum in 2014. It was decisive - it was, I think, by common consent, a once in a generation event."

While in Scotland, Johnson will meet businesses and members of the military, marking a year since he took office by reaffirming a commitment to increase opportunity and prosperity for all parts of Britain.

Johnson will also thank members of the armed forces for their coronavirus response, which included setting up testing sites and transferring patients.

But he will also warn that the coronavirus crisis is by no means over, saying "we've got to be very, very vigilant as we go forward into the colder months".

The Scottish National Party, which runs the semi-autonomous government in Scotland, has accused Johnson of muddled messaging on coronavirus and implemented its own lockdown strategy independently of London.

Scottish First Minister Nicola Sturgeon, who was not expected to meet Johnson, said she welcomed the prime minister.

"One of the key arguments for independence is the ability of Scotland to take our own decisions, rather than having our future decided by politicians we didn't vote for, taking us down a path we haven't chosen," she said on Twitter.

"His presence highlights that."

(Reporting by William James and Elizabeth Piper and Angus MacSwan)