NGHE AN, Vietnam (Reuters) - The countryside in the Vietnamese provinces of Nghe An and Ha Tinh is dotted with billboards for labour export companies advertising jobs or study overseas. Thousands of people respond to the lure of a better life abroad every year, but many take the underground route - via smugglers and sometimes dangerous journeys by sea and road. That phenomenon is now in sharp focus after 39 bodies were discovered in a truck outside London last week 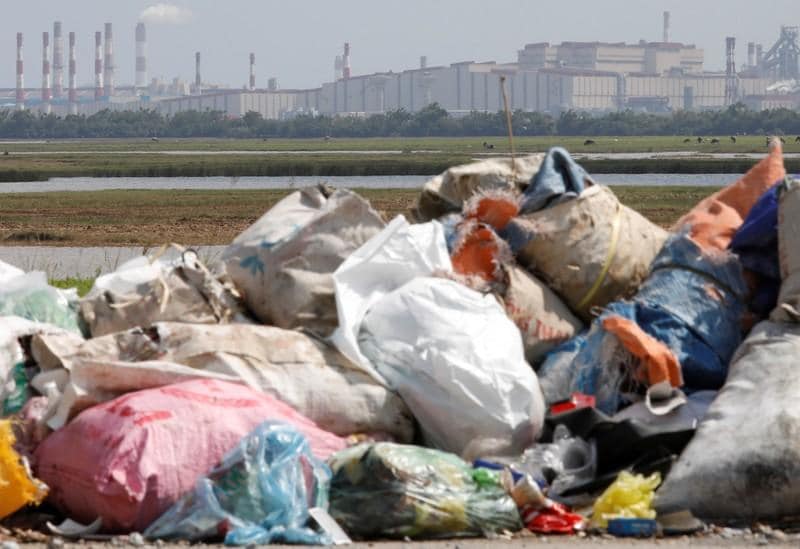 NGHE AN, Vietnam (Reuters) - The countryside in the Vietnamese provinces of Nghe An and Ha Tinh is dotted with billboards for labour export companies advertising jobs or study overseas.

Thousands of people respond to the lure of a better life abroad every year, but many take the underground route - via smugglers and sometimes dangerous journeys by sea and road.

That phenomenon is now in sharp focus after 39 bodies were discovered in a truck outside London last week.

Many are feared to be Vietnamese from Nghe An and Ha Tinh, rice-growing areas in the northern-central part of the country.

Poor job prospects, encouragement by authorities, smuggling gangs, environmental disaster and government pressure on Catholics are all local factors behind the wave of migrants.

"Almost everyone round here has a relative overseas," said Bui Thac, whose nephew Bui Phan Thang is feared to be among the container dead.

"Almost all households have someone going abroad. Old people stay but young people must find ways to work abroad because it's difficult to work at home".

Impoverished rural communities in Nghe An and Ha Tinh have been plunged into despair amid fears that missing loved ones are among those who died in the tragedy.

For Vietnam's ruling Communist Party, the benefits of people legally moving abroad to work are clear.

The People's Committee of Nghe An issued a report on boosting labour exports this September.

"Labour exports are a priority for the Party and the state's socio-economic development programme to promote job creation, poverty reduction, career development and income generation for the People," the report on Decision No. 274/2009/NQ-HDND reads.

But remittances from overseas help. Nghe An alone brought in $255 million a year, according to state media.

"Labour exports are one solution to unemployment," Nguyen Quang Phu, deputy chairman of Thanh Loc Commune, Can Loc district, told Reuters. "Remittances have helped to improve the lives of the people here".

Despite economic advantages, the tragedy has exposed the limits of the Communist Party's ability to govern how people are leaving.

Vibrant Catholic communities and people-trafficking gangs both pose headaches to the party, which rules from Hanoi some 300 km (180 miles) to the north.

A toxic spill that poisoned fishing grounds three years ago is a further incentive to go abroad.

Among those who once set out from Nghe An to find work abroad was communist revolutionary and founding president, Ho Chi Minh.

Vietnam's first billionaire, Pham Nhat Vuong, went to the former Soviet Union in the 1990s before returning to build his Vingroup

"People from these provinces have a long history of going overseas to earn money to send back home, especially during the time of the labour export programme to the former Soviet bloc countries," said Mimi Vu, an independent anti-trafficking advocate based in Ho Chi Minh City.

"After decades of this, the people believe that it's the only way to be successful and support the family with remittances," Vu said.

Though impossible to quantify, local residents and people-trafficking experts believe many people leave with the help of smuggling gangs in Vietnam, who charge families thousands of dollars to get a relative overseas.

People-smuggling to Britain has persisted for a long time, and London's National Crime Agency has posted a liaison officer to the British Embassy in Hanoi who helps combat the problem with Vietnamese police, along with handling other issues.

In an opinion piece published last month, Britain's Ambassador to Vietnam, Gareth Ward, warned of the dangers of believing promises made by the gangs.

"They are not friends. They are criminals."

Opportunities for local employment have been hampered by environmental disaster.

Sandwiched between thin sandy beaches and herds of buffalo wallowing in rice paddies, the smoking chimneys of the Formosa Steel plant dominate this small corner of Ha Tinh province.

The steel mill, owned by Taiwan's Formosa Plastics, was blamed by Hanoi in 2016 for causing one of Vietnam's worst environmental disasters when a chemical leak poisoned coastal waters, unleashing widespread protests and damaging livelihoods.

"We decided to let my husband work abroad in 2016 when the Formosa incident happened," said Anna Nguyen, whose husband left Vietnam and travelled illegally to Ukraine, France and then the UK to find work in a nail salon.

"We were afraid that the contamination would harm our health and future so we took the risk. But now our life is so hard," she said.

Like Anna Nguyen, many of those feared to have died in the container incident had Catholic names.

Northern-central Vietnam is dotted with clusters of small, Catholic communities, a hangover from France's conquest. Nghe An is home to 280,000 Catholics, according to state media and 149,000 live in Ha Tinh.

At a special ceremony held in the white-walled My Khanh Catholic church in Yen Thanh, Nghe An province, on Saturday night, father Anthony Dang Huu Nam blamed pollution, social difficulties and natural disasters such as floods and drought for the region's most recent migrant exodus.

Nam's outspoken sermons and criticism of Vietnam's government have earned both him and his church extra attention from the police, another factor encouraging some people to look for a new life elsewhere.

"Why do so many Vietnamese people have to pay lots of money just to be dead?," Nam said during the ceremony.

"Why is it that, even though Vietnam is not at war anymore, so many people are forced to leave for another land?"