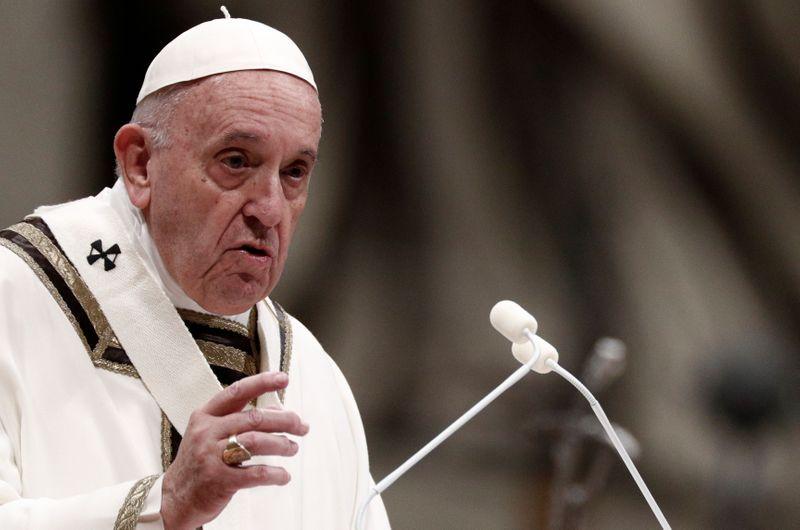 By Natalia A. Ramos Miranda and Aislinn Laing

SANTIAGO (Reuters) - Pope Francis on Friday confirmed a Spanish priest as the new archbishop of Chile's capital Santiago, as the Vatican seeks to turn the page on a sexual abuse scandal that has shaken its standing and eroded support in the conservative Latin nation.

Celestino Aos, 74, was appointed apostolic administrator of Santiago in March this year after the Pope accepted the resignation of Cardinal Ricardo Ezzati, who faces multiple charges that he helped cover up sexual abuse of children.

Speaking shortly after his confirmation as the highest-ranking member of the Catholic Church in Chile, Aos promised to "seek justice, the truth, help the whistleblowers, people who suffer" but also said justice should not be "driven by passion, the emotion of the moment."

Aos was educated and trained in his native Spain but has spent 36 years working in Chile. He told an interviewer this year that the Pope´s declaration last year about a "culture of cover-up" of abuse in Chile had been "painful and unfair".

"There are some who have acted like this, and that is repugnant, but not everyone has," he told Catholic publication Crux in May. "The Pope started a process... He told us that changing a person is not the solution. It needs short, mid- and long-term planning."

To date, Chilean prosecutors have 159 open investigations into church abuse on their books, involving 271 victims. Prosecutors said they will submit a fresh request for access to Vatican abuse investigator Archbishop Charles Scicluna´s report into the church’s handling of abuse cases in Chile.

The new request follows a decision earlier this month in which Pope Francis abolished the rule https://www.reuters.com/article/us-pope-abuse-secrecy/pope-abolishes-pontifical-secrecy-for-sex-abuse-investigations-idUSKBN1YL177 of “pontifical secrecy” that covered internal Church proceedings, evidence and tribunal decisions including into cases of sexual abuse of minors.

Two documents issued by the pope back practices that have been in place in some countries, particularly the United States, such as reporting suspicion of sex abuse to civil authorities where required by law.

Eight of Chile´s 27 dioceses are still led by apostolic administrators after the pope accepted the resignations of seven bishops and a several others retired.