Popcorn to hand, EU watches Brexit show but frets for own future

By Alastair Macdonald and Michel Rose BRUSSELS/PARIS (Reuters) - EU Brexit negotiators are 'watching the BBC and eating popcorn', in the words of one of them, as Britain's domestic rows over leaving make for compelling TV but frustrate Europe's hopes for a clean break. 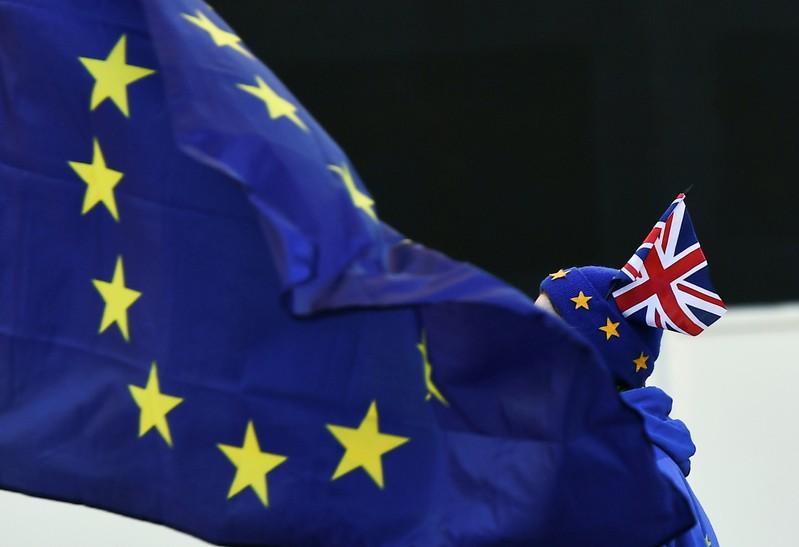 By Alastair Macdonald and Michel Rose

BRUSSELS/PARIS (Reuters) - EU Brexit negotiators are "watching the BBC and eating popcorn", in the words of one of them, as Britain's domestic rows over leaving make for compelling TV but frustrate Europe's hopes for a clean break.

Unsure whether Britain will crash out of the European Union 10 weeks from now, prolong the agony in the hope of salvaging an orderly divorce or even change its mind and stay, its neighbours are torn between "Brexit boredom" and a worry it is distracting from their own pressing problems as campaigning gets under way for EU parliament elections in May.

Hours after a packed and rowdy House of Commons tore up the deal Prime Minister Theresa May spent two tortuous years arguing over, only a few dozen of their 751 counterparts in Strasbourg showed up on Wednesday to hear EU negotiator Michel Barnier tell them all he could do is wait for Britons to make up their minds.

Several in the debate praised Britain's democratic history and were bemused by its poisonous meltdown over Brexit. Among them was Dutch conservative Esther de Lange: "Collectively, they don't know what they want," she said of watching the Commons in action. "But, boy, do they hold great speeches about it."

Compared to a full house to mark the 20th anniversary of the euro, the EU currency Britain snubbed, the hundreds of empty seats around her were a mark of Europe's weariness with Brexit.

But it also belied anxiety that paralysis in London will distract and divide leaders on other EU problems, from a slowing economy amid global trade disputes to deep divisions over money, migrants and Brexit-inspired Brussels-bashing by many members.

French President Emmanuel Macron says he does not want to "waste time" on Brexit as he presses to reshape the euro zone and the broader Union after the European elections in four months' time.

His EU affairs minister Nathalie Loiseau said Brexit took up a third of her time: "It's too much," she said, "Because we have many other things to do in Europe than dealing with a divorce."

"TIME TO MOVE ON"

Manfred Weber, an ally of German Chancellor Angela Merkel who is leading the centre-right campaign, said that "Europe's door is still open" should Britain decide to stay. But he told Reuters: "It is now time to move on and get Brexit over with."

Weber complained that a "never-ending Brexit process" had taken "huge amounts of time, money and expertise" from the EU.

"It has consumed valuable political energy, especially in this election year," he said, "And has held us back from shaping a real positive European agenda for the future."

Nearly three years after Britain's shock referendum vote to leave put supporters of European integration on the back foot, a push to regain momentum lies behind a summit of the remaining 27 leaders to be held in the Romanian town of Sibiu on May 9.

It was intended by EU chief executive Jean-Claude Juncker to focus minds on a future without one of Europe's three biggest economies and two nuclear military powers, and be the culmination of efforts to end divisions threatening EU cohesion.

During last month's EU summit, which they hoped would be the last on Brexit, leaders were visibly weary of it: "The fatigue was palpable," said one diplomat in the room. "They don't want to be bothered with it. They want to get it over with."

UNITED ON BREXIT, DIVIDED ON EUROPE

If there has been a positive from Brexit, leaders say, it has been the exceptional unity the 27 have shown in negotiation -- though a scary end-game could yet test that togetherness.

Many also believe turmoil in Britain has dampened appetites to follow suit, with European voters warming to the Union and eurosceptic governments, such as in Italy, Hungary and Poland, stressing their criticisms of the EU do not presage an exit.

Yet Sibiu and the EU elections on May 26 are set to expose continuing schisms on how to move the Union forward. Founders France and Germany disagree over tightening monetary union, as do Italy and its northern neighbours over sharing out migrants arriving by sea. Rich contributor states and the ex-communist east are split over filling a Britain-sized hole in the EU budget and over some eastern governments' manoeuvring to stifle their opponents.

"On Brexit, the EU has shown exceptional unity -- if only we could show the same kind of unity on everything else," lamented one diplomat involved in preparing the summit.

One result of May's troubles could be that Britain is still a member come Sibiu and the EU elections -- a new headache that makes some wary of extending the Brexit deadline. Few, however, seem willing to force Britain out against its will -- yet.

Prolonging the process, though, is bad news, said an envoy to Brussels from a non-EU country. Leaders have tried to drive it down their list of priorities and ring-fence the negotiations in Barnier's task force: "But Brexit sits around like a bad penny," he said. "You can't ignore it. It's in your face and will continue to be in your face until it's resolved."