By Luc Cohen and Francisco Aguilar CARACAS/BARINAS, Venezuela (Reuters) - Poor Venezuelans scanned state-issued 'fatherland cards' at red tents after voting on Sunday in hope of receiving a prize promised by President Nicolas Maduro, a practice opponents said was akin to vote-buying. Leftist Maduro was expected to cruise to victory thanks to the heavy use of state resources, a ban on two of his most popular rivals, and a loyalist electoral council. Maduro looked set to be re-elected to a six-year term in an election boycotted by the opposition and condemned by foes as the 'coronation' of a dictator. 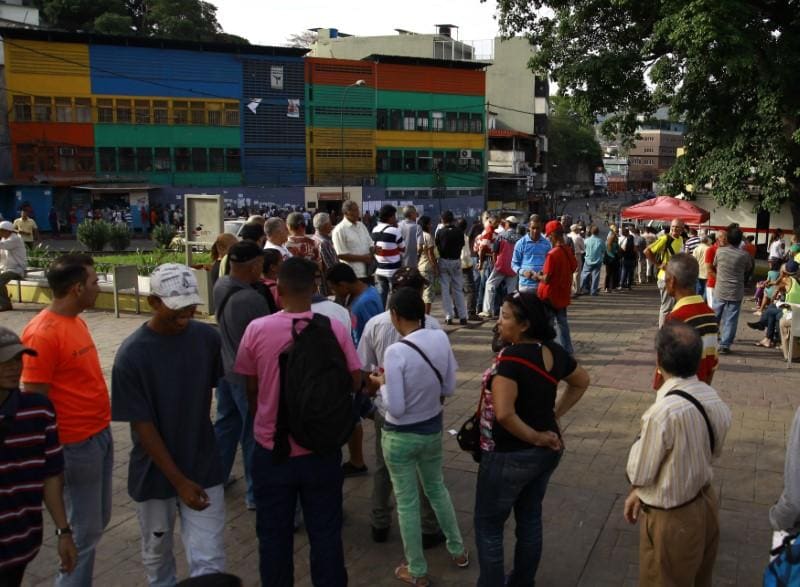 By Luc Cohen and Francisco Aguilar

Leftist Maduro was expected to cruise to victory thanks to the heavy use of state resources, a ban on two of his most popular rivals, and a loyalist electoral council.

Maduro looked set to be re-elected to a six-year term in an election boycotted by the opposition and condemned by foes as the "coronation" of a dictator. Results are expected by late Sunday evening.

Maduro's critics said the scheme was aimed at driving up the turnout by frightening hungry Venezuelans into thinking that if they do not vote, they could lose out on food rations and money transfers they depend on as hyperinflation and shortages have millions living hand-to-mouth.

Those benefits typically come via the fatherland cards.

A former bus driver, Maduro describes himself as Venezuela's "worker president" and says initiatives like the fatherland card show he is trying to protect the country's poor in the face of what he says is an "economic war" waged by right-wing rivals.

"This didn't exist before, but I do it now because of the help I get," said Jose Torres, 77, flashing an image of the late president, Hugo Chavez, that he keeps in his wallet after scanning his card at a "red point" in Lara state.

The opposition Democratic Unity coalition said the red points were stationed outside 80 percent of polling stations. Electoral Council President Tibisay Lucena had said the tents must be at least 200 meters (655 feet) from polling stations and that Maduro had assured her no cards would be scanned.

But Reuters witnesses saw cards being scanned and several red points located much closer - with one inside the school where Maduro voted at dawn.

Henri Falcon, a former soldier and state governor who defied the boycott to challenge Maduro, said his team had registered around 900 complaints about the red points.

"The buying of votes, toying with people's dignity, cannot continue," said Falcon after voting in Lara.

During the campaign, Maduro had promised that voters who showed their fatherland cards at the polls would receive a "really good prize."

It was not immediately clear what that was, but Falcon said he heard it was 10 million bolivars - a mere $13 at the black market rate, but about 10 times the monthly minimum wage.

Party volunteers pushed back at accusations of blackmail even as some acknowledged those who signed up would receive money. Volunteer Ruben Vega, who was manning a red point in the Caracas neighborhood of San Bernardino, said voters who scanned their cards "could" get a bank transfer of "a few million" bolivars.

"The point of the bonus is to encourage people to vote for the candidate they want," said Vega, 55. "We are 'Chavistas', but what we want is that many people go out and vote, for whoever."