By Belén Carreño and Nathan Allen MADRID (Reuters) - The Spanish government is still not able to say how many nursing home residents have died because of the coronavirus, according to a Health Ministry document seen by Reuters, which puts the blame on a lack of good enough data from regional authorities. 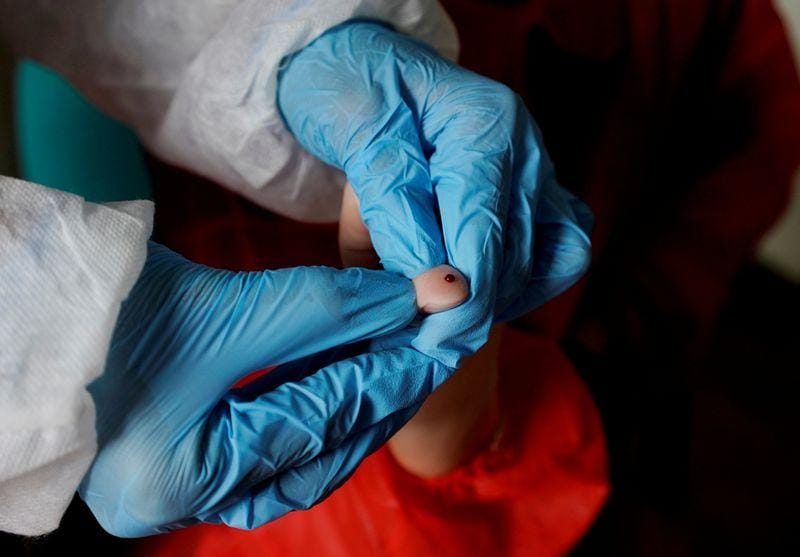 By Belén Carreño and Nathan Allen

MADRID (Reuters) - The Spanish government is still not able to say how many nursing home residents have died because of the coronavirus, according to a Health Ministry document seen by Reuters, which puts the blame on a lack of good enough data from regional authorities.

Prime Minister Pedro Sanchez has repeatedly pledged to disclose the impact of the coronavirus in nursing homes - whose elderly residents are particularly vulnerable to the respiratory disease it causes - but the document says it has been impossible to pinpoint the exact figure.

One slide in the document showed official estimates of the numbers of residents who had died from all causes from the beginning of the outbreak in Spain to June 20 ranged from 27,359 to 32,843, due to disparities between different sources.

It remains unclear how many of those 9,000 are included in Spain's official death count of 28,392, but the majority are likely to have been, given the Health Ministry officially signs off on death certificates and is in charge of testing.

However, when asked whether the 9,000 were included at a news conference on Tuesday, ministers did not respond to the reporter's question.

Government spokeswoman Maria Jesus Montero confirmed the authenticity of the ministry document, first reported by Spanish media on Tuesday, describing it as a draft that had not yet been finalised.

"It is incomprehensible that at this point, with the urgency of the early days behind us, no unified evaluation of direct data has begun," the Association of Care Home Managers said in a statement.

Families of residents who died in care homes have filed hundreds of compensation and criminal claims against public and private home operators, which could lead to payments of millions of euros in damages.

Responding to criticism from political opponents, Sanchez insisted in June his government had not "looked away" from the crisis in the nursing homes. "A greater commitment to our elderly people, to the safety of our elderly people seems impossible to me," he said. "We even sent in the army to disinfect and check in on the homes."

Central and regional authorities have repeatedly blamed each other for problems in handling the coronavirus pandemic, in nursing homes and beyond.

On March 23, as the epidemic was approaching its peak, the Health Ministry ordered local authorities, which are in charge of managing residential care facilities, to submit updates on care home deaths twice a week.

But one region has never submitted the required data, while others missed deadlines or submitted erroneous or incoherent figures, the document showed.

The platform for recording the data is not user-friendly and there is a lack of clean data uploaded to it, one slide said.