Pompeo warns local U.S. politicians to be alert to Chinese 'influence and espionage'

By Humeyra Pamuk WASHINGTON (Reuters) - U.S. Secretary of State Mike Pompeo on Wednesday warned U.S. politicians at the state and local level to be vigilant around Chinese diplomats who he said could be trying to woo them as part of Beijing's propaganda and espionage campaign 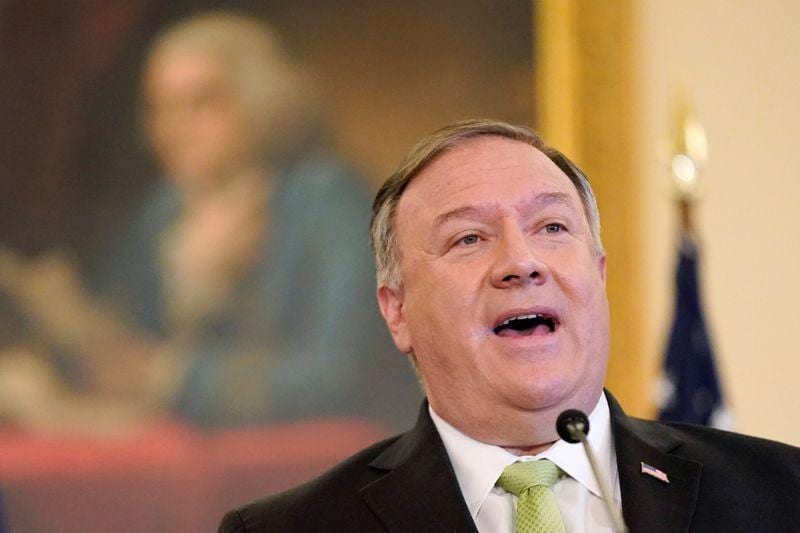 WASHINGTON (Reuters) - U.S. Secretary of State Mike Pompeo on Wednesday warned U.S. politicians at the state and local level to be vigilant around Chinese diplomats who he said could be trying to woo them as part of Beijing's propaganda and espionage campaign.

Speaking in the Wisconsin state capitol, Pompeo said the State Department was reviewing the activities of the U.S.-China Friendship Association and the China Council for the Promotion of Peaceful Reunification over suspicions they are trying to influence U.S. schools, business groups and local politicians.

The two groups are linked to China's United Front Work Department, an organ of the Chinese Communist Party's Central Committee, he said.

"Know that when you are approached by a Chinese diplomat, it is likely not in the spirit of cooperation or friendship," Pompeo said, warning of the Chinese Communist Party's "influence and espionage campaigns" even at the municipal level.

"The federal government can’t police every bit of this predatory and coercive behavior. We need your help..Protecting American interests requires vigilance, vigilance that starts with you – and all state legislators, regardless of party," he said.

The latest swipe at Beijing comes in the run-up to the November presidential election, in which U.S. President Donald Trump has made a tough approach to China an important foreign policy platform. Wisconsin is a key battleground state in the polls.

Ties between China and the United States are at the lowest point in decades, with the world's top two economies at loggerheads over issues ranging from China's handling of the coronavirus to trade rivalries, new national security legislation in Hong Kong and tensions in the South China Sea.

Pompeo's speech immediately triggered an outcry from Democratic lawmakers who accused him of using taxpayer money to solidify political support for Trump and, potentially, himself.

Pompeo is widely seen as harboring presidential ambitions for 2024.