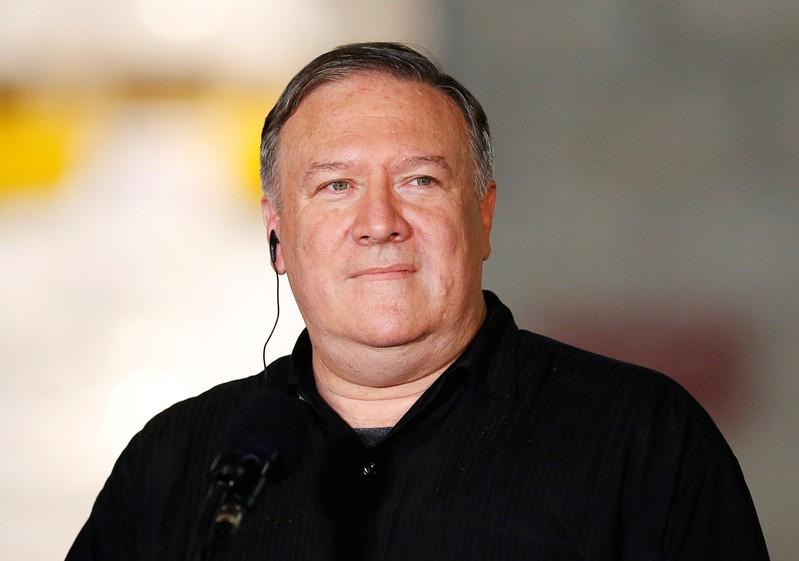 WASHINGTON (Reuters) - U.S. Secretary of State Mike Pompeo said on Wednesday that U.S. talks with North Korea would be "bumpy," but expressed hope there would be several more chances to discuss how to move forward to the country's denuclearisation.

In an interview with CBS News, Pompeo said North Korea's possession of nuclear weapons put it at risk rather than making it safe.

The outcome hinged ultimately on whether North Korean leader Kim Jong Un made the strategic decision to give up his country's nuclear weapons, Pompeo said.

"It’s an enormous challenge for that country to make its shift," he said. "It has for an awfully long time told its people that those nuclear weapons were the thing that kept them secure. They now need to shift to the narrative to 'those are the things that put them at risk.'"

He said both sides had learned a lot from a second summit between Kim and U.S. President Donald Trump in Hanoi in February, which broke down without agreement on the denuclearisation demanded by the U.S. side and sanctions relief sought by the North Koreans.

Pompeo said that in Hanoi, "there was a lot more nuance to the conversation than just, ‘Hey they had a position, we had a position; we walked away.’"

"We hope we can build on that. ... we’re very focussed on getting the right set of incentives – for both sides - so we can achieve the objective. It’s going to be bumpy, it’s going to be challenging. I hope that we get several more chances to have serious conversations about how we can move this process forward."

The future of U.S. engagement with North Korea has appeared to be in limbo since the Vietnam summit, with no sign of direct contact between the two sides, although Pompeo has said they have discussed how to move forward.

On Wednesday, Kim arrived in Vladivostok, Russia, for a summit with Russian President Vladimir Putin.

With negotiations with Washington stalled, Pyongyang is looking for alternative sources of international support, including from Russia, and for possible relief from sanctions.

In the CBS interview, Pompeo brushed aside a call last week by a North Korea official for him to be replaced in talks by someone more mature, saying it had come from "a mid-level guy." Pompeo said last week he would remain in charge of the U.S. negotiating team.

He did not respond to reports saying his North Korean counterpart in previous talks, Kim Yong Chol, had been sidelined since Hanoi.