WASHINGTON (Reuters) - The Group of Seven (G7) big economies discussed an 'intentional disinformation campaign' by China on the coronavirus in a virtual meeting on Wednesday, U.S. Secretary of State Mike Pompeo said, adding that the world still needed accurate information on the outbreak from Beijing. 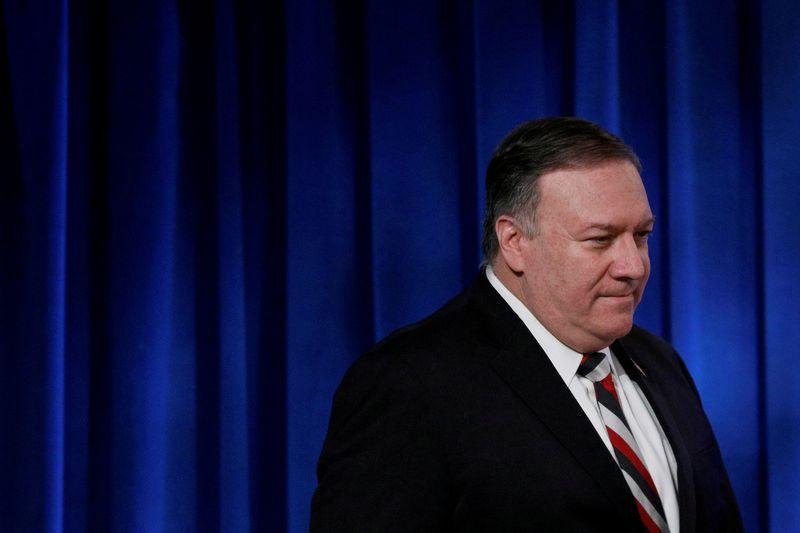 WASHINGTON (Reuters) - The Group of Seven (G7) big economies discussed an "intentional disinformation campaign" by China on the coronavirus in a virtual meeting on Wednesday, U.S. Secretary of State Mike Pompeo said, adding that the world still needed accurate information on the outbreak from Beijing.

At a State Department news conference, Pompeo said full transparency was needed to fight the new coronavirus, which he again referred to as the "Wuhan virus," a term that has angered China.

Pompeo said the United States "desperately" wanted to work with every country around the world, including China, "to keep as many people alive, as many people as healthy, and then to restore our economies that have been decimated by the Wuhan virus."

Pompeo again rejected as "crazy talking" from some senior Chinese officials that the virus was brought to China by the United States.

He said China was trying to claim that is was now the "white hat" in the crisis after making small sales of products around the world, an apparent reference to medical supplies.

He said now was not the time to apportion blame, but to focus on ways to resolve the crisis, which was what the G7 nations concentrated on in their meeting.

"But every one of the nations that was at that meeting this morning was deeply aware of the disinformation campaign that the Chinese Communist Party is engaged in to try and deflect from what has really taken place here," Pompeo added.