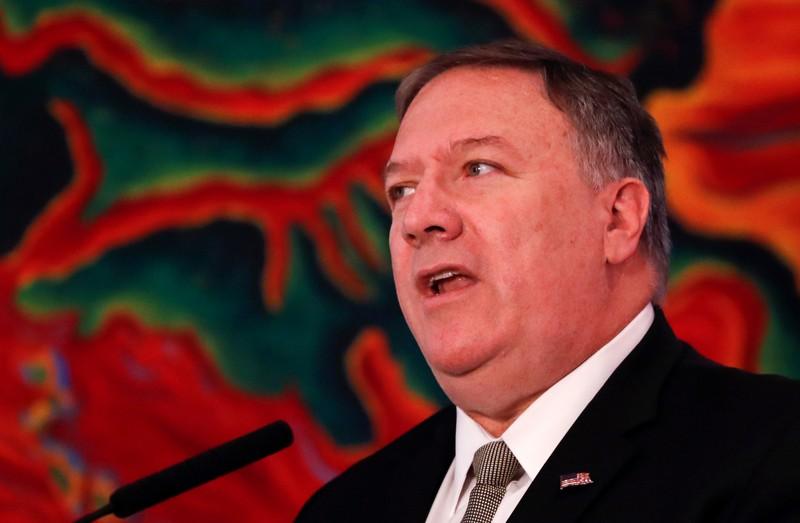 North Korea's Foreign Ministry spokesman said on Tuesday Trump had reaffirmed in a meeting with Kim last month that joint exercises would be halted and the U.S. decision to forge ahead with them was "clearly a breach" of the two leaders' agreements at a summit in Singapore last year.

The spokesman said this was putting a resumption of nuclear talks with the United States at risk and the ministry said Washington's pattern of "unilaterally reneging on its commitments" was leading Pyongyang to reconsider its commitment to discontinue tests of nuclear weapons and intercontinental ballistic missiles.

Pompeo was asked about the North Korean statements in an interview conducted on Wednesday with the EWTN Catholic television network, a transcript of which the State Department released on Friday.

"I saw those comments," Pompeo said. "I think we’re doing exactly what President Trump promised Chairman Kim we would do with respect to those exercises. I think we’re going to – we’ll get that right. I’m confident that these conversations are going to continue."

Asked if the talks with North Korea, stalled since a failed February summit between Trump and Kim in Hanoi, would restart soon, Pompeo said: "I hope so."

"Chairman Kim made a commitment that they would," Pompeo added. "He said that in several weeks he would put his working-level team back together; we’re ready to go."

Trump had appeared to revitalise efforts to persuade North Korea to give up its nuclear weapons when he met Kim on the border between the Koreas last month and said they had agreed to resume working-level talks stalled since the Hanoi summit collapsed.

Pompeo said at the time the talks would likely happen "sometime in July, ... probably in the next two or three weeks," but dates have yet to be announced and the North Korean statements have raised doubts about when - and whether - they will go ahead.

While the United States and South Korea have halted major joint exercises, long seen by North Korea as a rehearsal for war, since a pledge by Trump in Singapore. But smaller ones have continued and Washington still enforces punishing international sanctions on Pyongyang.

The Pentagon said this week it was preparing to conduct a "routine" joint training programme, but suggested the drills had been scaled back to facilitate diplomacy.

Admiral Philip Davidson, head of the U.S. Indo-Pacific Command, told the Aspen Security Forum on Thursday that his orders were to proceed with the exercises next month.