Pompeo lands in Doha for launch of Afghan peace talks

KABUL (Reuters) - U.S. Secretary of State Mike Pompeo landed in Doha on Friday, ahead of 'historic' long-awaited Afghan peace negotiations scheduled to launch the following day. 'It's taken us longer than I wish that it had to get from February 29 to here but we expect Saturday morning ... 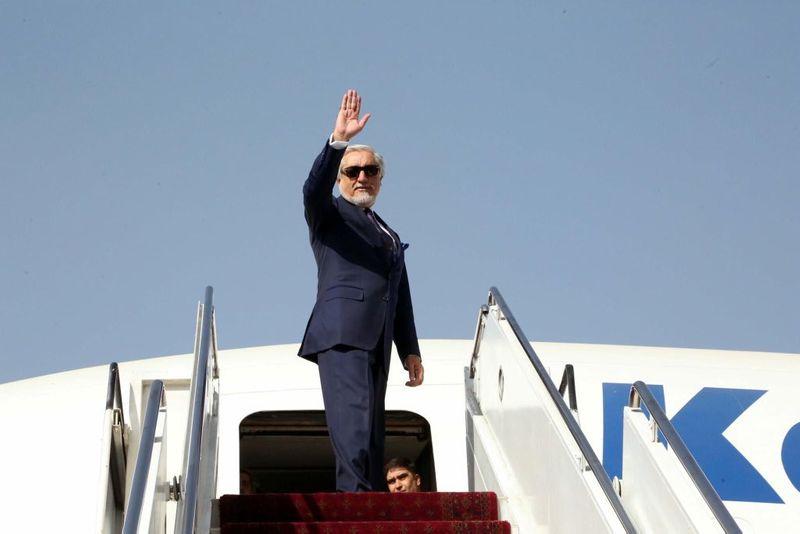 "It's taken us longer than I wish that it had to get from February 29 to here but we expect Saturday morning ... to have the Afghans sitting at the table together prepared to have what will be contentious discussions about how to move their country forward," Pompeo told reporters shortly after taking off from Washington on Thursday evening. "(It's) truly historic."

The Trump administration has been attempting to usher the Taliban and Afghan government towards negotiations, which would pave the way for the United States to finally withdraw from its longest war and hand President Donald Trump an important foreign policy success ahead of the Nov. 3 U.S. presidential election.

United States Special Envoy Zalmay Khalilzad told journalists on a conference call on Friday that the negotiations would be a "test for both sides."

"This is a new phase in diplomacy for peace in Afghanistan. Now we are entering a process that is Afghan-owned and Afghan-led," he said, adding that the United States would continue to monitor and engage with both sides.

Earlier, a team representing the Afghan government flew from Kabul to Doha for the inauguration ceremony.

"Today, we depart to Doha with hopes and self confidence to create a condition in Afghanistan where guns are silent and the values of (the) republic are consolidated and Afghan people achieve what they deserve," said senior negotiator Nader Nadery, part of the team that left Kabul on a commercial airliner.

After Saturday's events, actual talks are expected to begin between the Afghan government representatives and the Taliban, as envisaged in a February agreement between the militant group the United States.

Pompeo's arrival in Doha on Friday coincided with the 19th anniversary of the 9/11 attacks on the United States that triggered U.S. military involvement in Afghanistan against the Taliban, who harboured Osama bin Laden, the al Qaeda militant leader who plotted the attacks.

A diplomatic source in Kabul said the start of talks had been arranged to ensure it did not fall on the anniversary.

A jet picked up six prisoners demanded by the Taliban from Kabul on Thursday. Some Western governments had objected to their release, and as a compromise it was agreed that they would be kept under supervision in Qatar.

"This was an Afghan decision, a decision that was difficult, but necessary," Khalilzad told reporters.

France and Australia said overnight that they objected to the prisoners being released from Afghan prisons.