PM Narendra Modi, in a joint press conference in Colombo in Sri Lanka, said that he discussed the "complex" fishermen issue with Sri Lankan President Maithripala Sirisena and said that fishermen associations of India and Sri Lanka should meet and reach a mutually beneficial decision to avoid further confrontation. 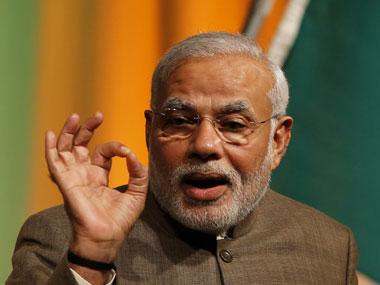 "We discussed the complex issue of fishermen, which involves livelihood and humanitarian concerns. We must find a long term solution to this issue," Prime Minister Modi said. "It is important that fishermen associations of India and Sri Lanka meet and reach a mutually beneficial decision which can then be taken up by our governments."

Saying that he was "eagerly looking forward to visiting one of our closest neighbours and a nation with which we share so much", Modi said, "It (this visit) is the first stand-alone bilateral visit by an Indian Prime Minister since 1987."

He also thanked Sirisena for making India his first foreign visit since he became President. Sirisena's decision to visit India first was seen as a big victory for India, especially given the influence China had enjoyed over the island nation during the tenure of former President Mahinda Rajapaksa, who was defeated in a general election on 8 January.

Modi also talked about economic co-operation between India and Sri Lanka. "Our trade has seen impressive growth over the past decade," Modi said, adding that the agreement between the countries' customs authorities will reduce non-tariff barriers on both sides.

"The Central Bank of Sri Lanka and Reserve Bank of India have entered into a $1.5 billion currency swap agreement," he said.

"I also look forward to early commencement in the Sampur coal power project in Sri Lanka. This landmark project would meet Sri Lanka's energy needs" said Modi. "The ocean economy is a new frontier that holds enormous promise for both of us. It is a priority for both our countries," he added.

He also said India and Sri Lanka had decided to set up a joint task force for ocean economy.

"People are at the heart of our relations," said the PM. "We have a taken a number of decisions to encourage people-to-people contact, improve connectivity and increase tourism."

"We will extend tourist visa on arrival to Sri Lankan citizens from 14 April," Modi said, adding that "Air India will start direct flights between New Delhi and Colombo."

"We will start a Ramayana trail in Sri Lanka and a Buddhist circuit in India," he also said, adding that a festival of India would also be organised in Sri Lanka.

Modi also said that India would provide a "fresh line of credit of up to 380 million US dollars for the railway sector (in Sri Lanka)." Modi also said that he would on Saturday visit projects started by India in Sri Lanka, especially the housing project, which he said had built over 2700 houses so far.