LONDON (Reuters) - Britain's main opposition Labour leader Jeremy Corbyn said on Wednesday Prime Minister Theresa May's offer to step down in exchange for support for her deal showed her Brexit talks were 'about party management, not ... the public interest' 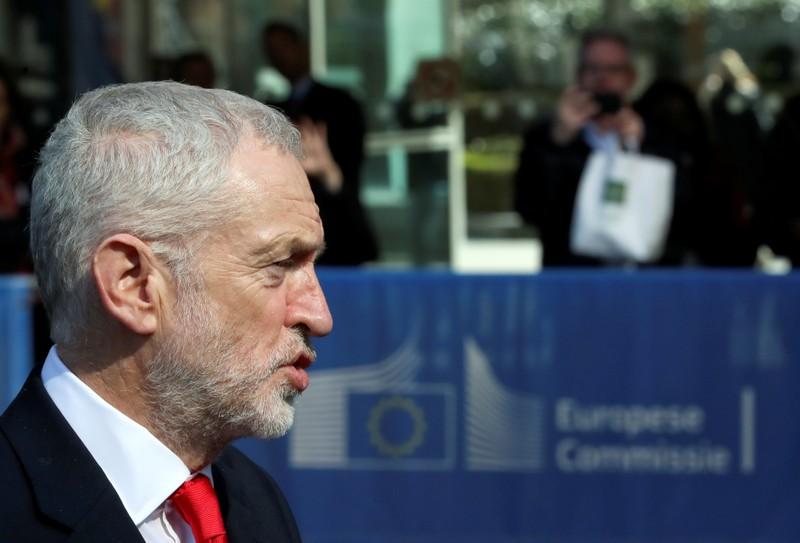 LONDON (Reuters) - Britain's main opposition Labour leader Jeremy Corbyn said on Wednesday Prime Minister Theresa May's offer to step down in exchange for support for her deal showed her Brexit talks were "about party management, not ... the public interest".

"Theresa May's pledge to Tory MPs (Conservative lawmakers) to stand down if they vote for her deal shows once and for all that her chaotic Brexit negotiations have been about party management, not principles or the public interest," he said on Twitter.

"A change of government can't be a Tory stitch-up, the people must decide."