PM May challenges scientists to help transform Britain after Brexit 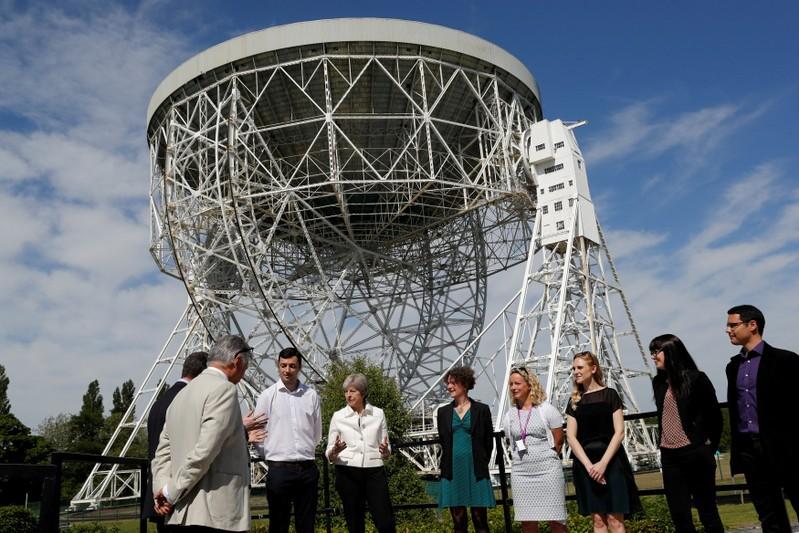 Theresa May, who is struggling to unite her top ministers over plans to leave the European Union, wants to broaden her agenda to show she is more than a leader charged with overseeing Britain's messy divorce with the bloc.

In a speech in northern England, May pressed home her desire for Britain to be a leader in scientific research even after it leaves the bloc in March next year.

"As we look towards that new future for the UK outside of the European Union, the UK's ingenuity and creativity will be what drives our progress as a nation," she told an audience at the Jodrell Bank space observatory.

"And today, over half of the UK's resident researcher population were born overseas. When we leave the European Union, I will ensure that does not change."

She set out four challenges for scientists: to use artificial intelligence to diagnose prostate, ovarian, lung and bowel cancer at an early stage to reduce deaths; to design products and services to help offer people an extra five years of independent, healthy life; to be at the forefront of the design and manufacturing of zero-emission vehicles; and to halve the energy usage of new buildings by 2030.

The government has promised to spend 7 billion pounds ($9.40 billion) for science, research and innovation as part of an industrial strategy that has, so far, barely got off the ground.

Harpel Kumar, chief executive of the charity Cancer Research, welcomed the drive to try to diagnose cancer earlier, saying it would not only save lives but also save Britain's public health service money.

But he said Britain "must remain an attractive place for the life sciences industry to invest":

"If this platform unites government, academia, the charity sector, and industry, we will be primed to accelerate innovation and lead the healthcare sector to new heights."