By Elizabeth Piper LONDON (Reuters) - Prime Minister Boris Johnson rejected on Wednesday any suggestion that Britain's vote to leave the European Union had been influenced by Russian interference. A day after a report by parliament's intelligence and security committee said the government had failed to try to find out whether Russia had meddled in the Brexit vote, Johnson's government doubled down on its refusal to launch a review. 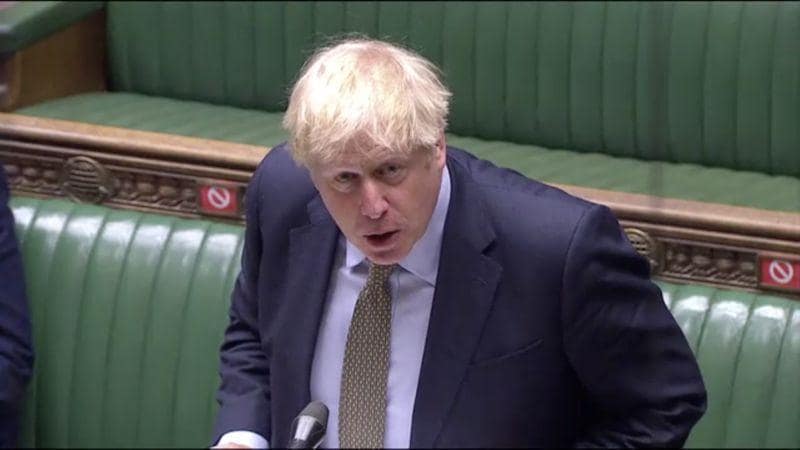 LONDON (Reuters) - Prime Minister Boris Johnson rejected on Wednesday any suggestion that Britain's vote to leave the European Union had been influenced by Russian interference.

A day after a report by parliament's intelligence and security committee said the government had failed to try to find out whether Russia had meddled in the Brexit vote, Johnson's government doubled down on its refusal to launch a review.

Instead, the government said it had taken measures since the review, which was completed in March last year, and would bring forward legislation to counter "hostile state activity" to deal more effectively with the espionage threat.

"The people of this country didn't vote to leave the EU because of pressure from Russia or Russian interference - they voted because they wanted to take back control," Johnson told parliament, describing the criticism as being led by those lawmakers who voted to stay in the EU at the 2016 referendum.

"It is the UK that leads the world in caution about Russian interference," said the prime minister, who was a leading figure in the "leave" campaign.

A spokesman for Labour leader Keir Starmer said the main opposition party had deep concerns about a "lack of seriousness" in the prime minister's response, criticising him for delaying the publication of the report for more than a year.

The report, published on Tuesday, cast Russia as a hostile power posing significant threat to Britain and the West across a range of fronts, and called for the intelligence services to probe possible Russian interference in Brexit.

The government rejected any criticism and has said there was no need for a further review.

"We are unafraid to act wherever necessary to protect the UK and our allies from any state threat."

A spokesman for Johnson said the government would be bringing forward legislation "to counter hostile state activity" in what the prime minister had described as an espionage act.

"It's purpose will be to modernise existing offences to deal more effectively with the espionage threat and to also look at what new offences and powers are needed," he told reporters.