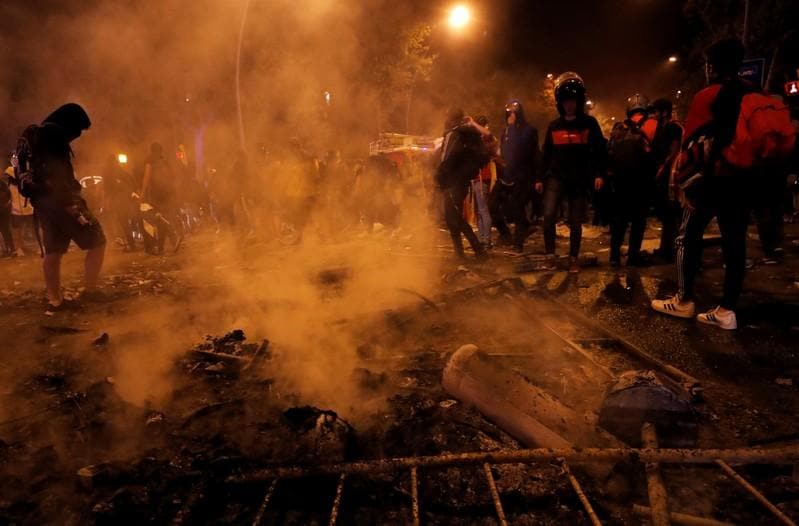 Demonstrators are protesting against jail sentences for nine leaders of a 2017 bid to declare the surrounding Catalonia region independent from Spain.