By David Brunnstrom and Idrees Ali WASHINGTON (Reuters) - The Pentagon expressed concern on Tuesday about a U.N. report indicating possible reprocessing of nuclear fuel for bombs by North Korea, and said such activity could raise tensions with Pyongyang. Rear Admiral Michael Studeman, head of intelligence for the U.S. 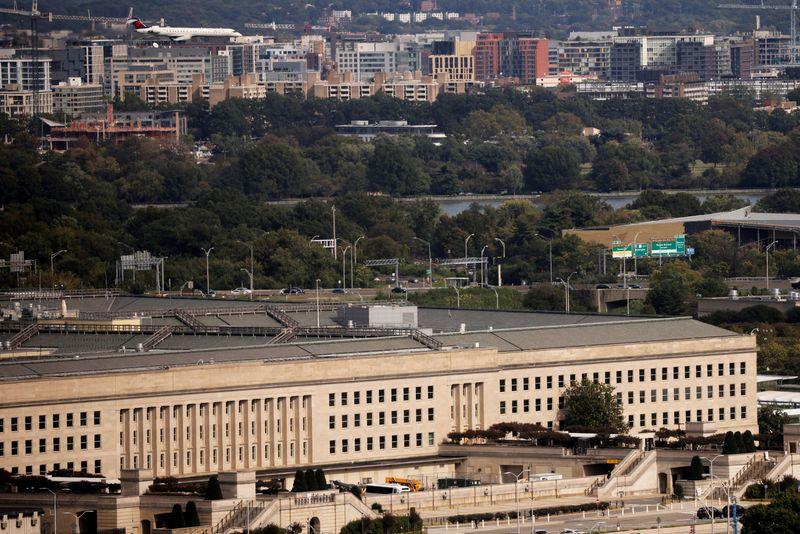 By David Brunnstrom and Idrees Ali

WASHINGTON (Reuters) - The Pentagon expressed concern on Tuesday about a U.N. report indicating possible reprocessing of nuclear fuel for bombs by North Korea, and said such activity could raise tensions with Pyongyang.

Rear Admiral Michael Studeman, head of intelligence for the U.S. Indo-Pacific command, said North Korean activity highlighted this week by the International Atomic Energy Agency (IAEA) could be intended to get the attention of the Biden administration and as a bargaining chip to press for sanctions relief. The administration is currently reviewing U.S.-North Korea policy.

"We have our eye on this. And it is deeply concerning where North Korea wants to go," Studeman told an virtual event on technology and security.

In a statement to the IAEA Board of Governors on Monday, the United Nations body's director general, Rafael Mariano Grossi, made reference to activity at North Korea's Yongbyong and Kangson nuclear facilities.

He said there had been recent indications of operation of a steam plant that serves a radiochemical laboratory. North Korea has used its radiochemical lab at Yongbyon to reprocess plutonium from a reactor there for nuclear bombs.

Referring to Grossi's statement, Studeman said: "the IAEA board of governors issued a notice that there had been evidence of the Koreans reprocessing perhaps nuclear fuel.

"If that is true, then that could put us into a different level of tension with Korea," he said.

"This may be the start of something that's designed to influence the Biden administration; it may be the first way of getting the new administration's attention here, where perhaps (North Korea) would use this reprocessing development as a bargaining chip for sanctions relief of some sort."

The administration of President Joe Biden, which took office in January, is conducting a full review of North Korea policy following former President Donald Trump's unprecedented engagement with North Korean leader Kim Jong Un, which failed to persuade Pyongyang to give up its nuclear weapons.

Jenny Town, deputy director of the Washington-based North Korea monitoring project 38 North, told Reuters satellite images it had received of Yongbyon from Feb. 17 and March 2 showed steam coming from the laboratory there, which had not been known to be in operation for about two years.

"It doesn't necessarily mean that reprocessing has started, but it could be an indication of preparations for that," she said.

North Korea uses both uranium and plutonium for nuclear weapons, but the latter allows for smaller, lighter bombs.