Pelosi accuses Trump of covering up effort to pressure Ukraine 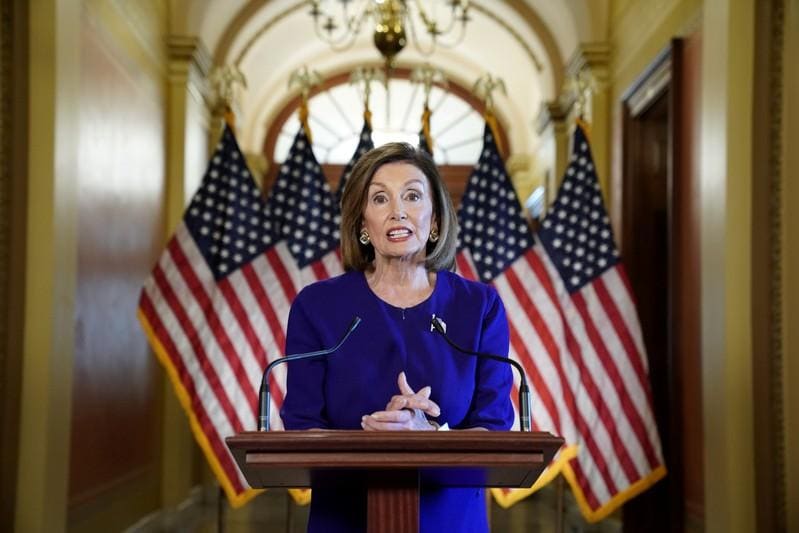 The leading Democrat in Congress, Pelosi told reporters that a House of Representatives impeachment inquiry launched this week would focus narrowly on the Ukraine episode and that other instances in which the Republican Trump may have abused the power of his office would be considered later.

She said there was no timeline for the inquiry.

"The president has been engaged in a cover-up all along," Pelosi said, citing a whistleblower's complaint that she said outlined a White House effort to "lock down" all records of a call between Trump and Ukraine President Volodymyr Zelenskiy.

The House Intelligence Committee earlier on Thursday released the complaint. The Trump administration had initially argued it was not covered by a whistleblower statute that would require its automatic disclosure to Congress.

The administration dropped its opposition to its release after a political firestorm erupted over news reports of some of the details in the complaint.

Pelosi cited the complaint as reporting "repeated abuse of an electronic records system designed to store classified, sensitive, national security information, which the White House used to hide information of a political nature."

Acting Director of National Intelligence Joseph Maguire, who had withheld the complaint after consulting with the Justice Department, told the House of Representatives Intelligence Committee on Thursday he believed the whistleblower was acting in good faith. [nL2N26H08G]

During the July telephone call, Trump pressed Zelenskiy to investigate Biden in coordination with U.S. Attorney General William Barr and Trump's personal lawyer Rudy Giuliani, according to a summary of the conversation released by the administration on Wednesday.

"It is not the role of the president to shake down foreign leaders," Pelosi said.

Trump has denied doing anything wrong and provided no evidence of any wrongdoing by Biden, the Democratic front-runner in the race for the 2020 presidential election.