By Gabriella Borter (Reuters) - Survivors of the Parkland, Florida, high school massacre on Wednesday released a sweeping gun-control plan that would ban assault-style rifles and take other steps in hopes of halving U.S. firearms deaths and injuries within a decade 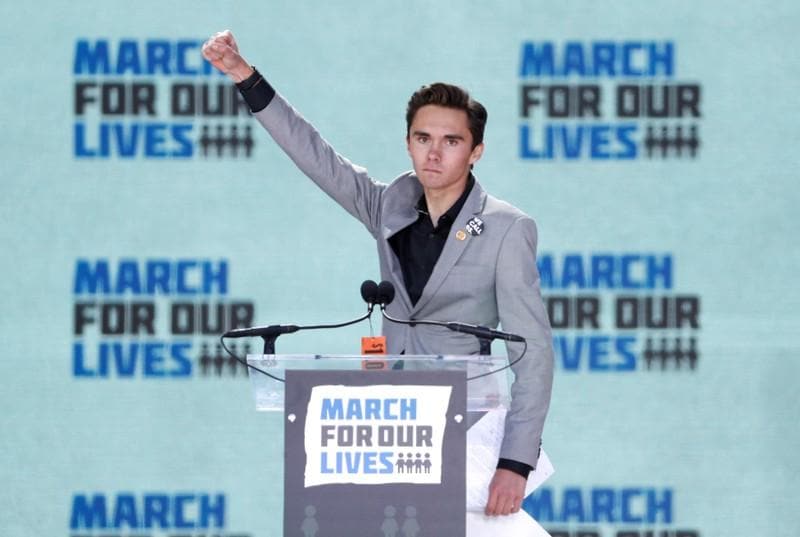 (Reuters) - Survivors of the Parkland, Florida, high school massacre on Wednesday released a sweeping gun-control plan that would ban assault-style rifles and take other steps in hopes of halving U.S. firearms deaths and injuries within a decade.

The group's leaders addressed the proposal, which includes a measure to register more young voters, to 2020 candidates seeking the presidential nomination, asking them to make gun control a top priority.

"We urge them to take a look at this agenda," Tyah Amoy-Roberts, a former student who survived the shooting, said in a statement. "We cannot allow mass shootings in grocery stores, churches, shopping malls, and schools to be the new normal."

The former Marjory Stoneman Douglas High School students have worked to inspire a sense of urgency about gun violence since they started the national campaign "March for Our Lives" after a former student massacred 17 people with an assault rifle at their high school on Feb. 14, 2018.

"The time for thoughts and prayers has come and gone. It is now time for real change and real action," David Hogg, Parkland survivor and March for Our Lives co-founder, said in a statement.

Federal action has been limited in the face of the steady drumbeat of shootings. Days after the twin massacres, President Donald Trump publicly mulled backing stronger background checks for gun buyers but by this week Congressional Democrats were accusing him of backtracking due to pressure from the National Rifle Association gun lobby.

The NRA and gun-rights supporters condemned the latest effort to restrict guns, which they argue violates the Second Amendment of the U.S. Constitution.

"The simple fact remains their proposals and ideas are out of the mainstream and most people will understand their real intent goes beyond what they publicly state," NRA spokeswoman Amy Hunter said on Wednesday.

The Parkland students' plan includes measures such as a national gun buy-back and disposal program and a federal system of gun licensing requiring background checks and annual renewals. It also would boost federal funding for gun violence research, which has been limited since 1996 under a law prohibiting the use of federal funds to promote gun control.

The plan also calls on the government to automatically register all U.S. citizens to vote when they turn 18, a measure that March for Our Lives has pushed in an effort to turn out the youth vote and sway elections to yield tighter gun policies.

According to a Reuters/Ipsos poll this month, 69% of Americans said they support "strong" or "moderate" firearms restrictions and regulations, including 84% of Democrats and 56% of Republicans.

March for Our Lives and another gun-control group called Giffords, founded by former Congresswoman Gabby Giffords after she was wounded in a 2011 mass shooting, are planning an Oct. 2 forum for 2020 candidates to discuss gun violence.