Paris: Salah Abdeslam, the man thought to be the sole surviving member of the jihadist team that attacked Paris in November last year, arrived on Thursday for questioning at Paris' main court.

Abdeslam, 26, who has twice refused to answer anti-terror judges' questions since he was transferred to France from Belgium in April, was brought to the court in a heavily guarded convoy. 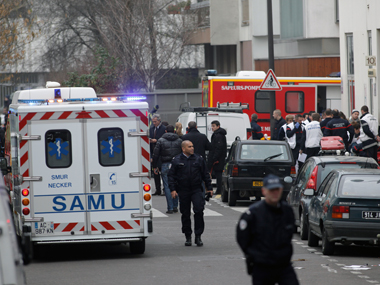 He has refused to answer questions since being transferred to France in April and is believed to be angry at round-the-clock surveillance in jail.

On 7 July, his lawyer Frank Berton sought unsuccessfully to get authorities to halt the surveillance, a source close to the case told AFP.

Abdeslam refused to answer questions in his first interview with a French anti-terror judge on 20 May.

After four months on the run, Abdeslam was arrested on 18 March in Molenbeek, a Brussels neighbourhood notorious for being a hotbed of Islamic extremism, where he grew up.

He was brought to France to face terror charges on 27 April.

Investigators have yet to pin down Abdeslam's exact role in the 13 November, 2015, attacks on Paris bars, restaurants, a concert hall and the national stadium in which 130 people were killed.