Pandemic exposes scientific rift over proving when germs are airborne

By Julie Steenhuysen CHICAGO (Reuters) - The coronavirus pandemic has exposed a clash among medical experts over disease transmission that stretches back nearly a century - to the very origins of germ theory. The Geneva-based World Health Organization acknowledged this week that the novel coronavirus can spread through tiny droplets floating in the air, a nod to more than 200 experts in aerosol science who publicly complained that the U.N. 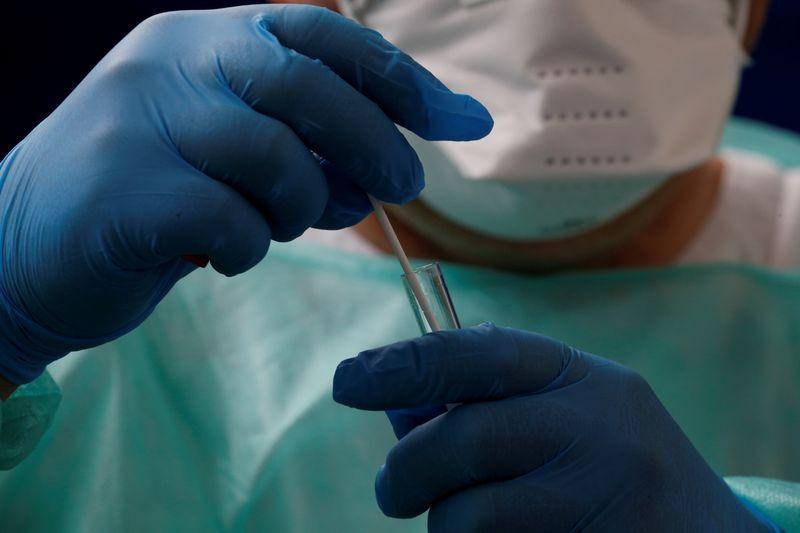 CHICAGO (Reuters) - The coronavirus pandemic has exposed a clash among medical experts over disease transmission that stretches back nearly a century - to the very origins of germ theory.

The Geneva-based World Health Organization acknowledged this week that the novel coronavirus can spread through tiny droplets floating in the air, a nod to more than 200 experts in aerosol science who publicly complained that the U.N. agency had failed to warn the public about this risk.

Yet the WHO still insists on more definitive proof that the novel coronavirus, which causes the respiratory disease COVID-19, can be transmitted through the air, a trait that would put it on par with measles and tuberculosis and require even more stringent measures to contain its spread.

"WHO's slow motion on this issue is unfortunately slowing the control of the pandemic," said Jose Jimenez, a University of Colorado chemist who signed the public letter urging the agency to change its guidance.

Jimenez and other experts in aerosol transmission have said the WHO is holding too dearly to the notion that germs are spread primarily though contact with a contaminated person or object. That idea was a foundation of modern medicine, and explicitly rejected the obsolete miasma theory that originated in the Middle Ages postulating that poisonous, foul-smelling vapors made up of decaying matter caused diseases such as cholera and the Black Death.

"It's part of the culture of medicine from the early 20th century. To accept something was airborne requires this very high level of proof," said Dr. Donald Milton, a University of Maryland aerobiologist and a lead author of the open letter.

Such proof could involve studies in which laboratory animals become sickened by exposure to the virus in the air, or studies showing viable virus particles in air samples - a level of proof not required for other modes of transmission such as contact with contaminated surfaces, the letter's signatories said.

For the WHO, such proof is necessary as it advises countries of every income and resource level to take more drastic measures against a pandemic that has killed more than 550,000 people globally, with more than 12 million confirmed infections.

For example, hospitals would have to provide more healthcare personnel with heavy-duty N95 respiratory masks - personal protective gear already in short supply - and businesses and schools would need to make improvements to ventilation systems and require wearing masks indoors at all times.

"It would affect our entire way of life. And that's why it's a very important question," said Dr. John Conly, a University of Calgary infectious disease expert who is part of the WHO's group of experts advising on coronavirus guidelines.

Conly said that so far the studies have not shown viable virus particles floating in the air.

"In my mind, I want to see evidence in those fine mists," Conly said.

HOW FAR CAN A DROPLET TRAVEL?

The WHO's latest guidance document, released on Thursday, called for more research on coronavirus aerosol transmission, which it said "has not been demonstrated."

The agency also repeated a firm cutoff on the size of infectious droplets expelled in coughing and sneezing, noting that most larger droplets are unlikely to travel beyond one meter (3.3 feet) - the basis for their one-meter social distancing guidelines. Milton and others have said larger particles have been shown to spread much farther.

Conly and others maintain that if the virus were truly airborne like measles, there would already be many more cases.

"Would we not be seeing, like, literally billions of cases globally? That's not the case," Conly said.

WHO spokeswoman Dr. Margaret Harris rejected the claim by critics that the agency is biased against idea of aerosol transmission, saying it recognized the possibility of airborne transmission during medical procedures from early on in the pandemic.

Harris said it is "quite possible" that aerosolization is a factor in some so-called super-spreading events in which one infected person infects many others in close quarters. Many of these events have occurred in places such as nightclubs where people are packed together and are not likely to be careful about protecting themselves or others from infection.

"Most super-spreading events have occurred in indoor places with poor ventilation, with crowding, where it's very difficult for people to socially distance," Harris said.

That is why, Harris said, the agency has called for urgent studies to figure out "what really happened in these clusters and what were the big factors."

(Reporting by Julie Steenhuysen; additional reporting by Stephanie Nebehey in Geneva and Alistar Smout in London; Editing by Michele Gershberg and Will Dunham)