By Yara Bayoumy NEW YORK (Reuters) - A U.N. agency that supports Palestinian refugees said schools and health centres are at risk if it is unable to plug a $185 million funding gap needed to keep operating until the end of the year, the agency's head said on Monday. 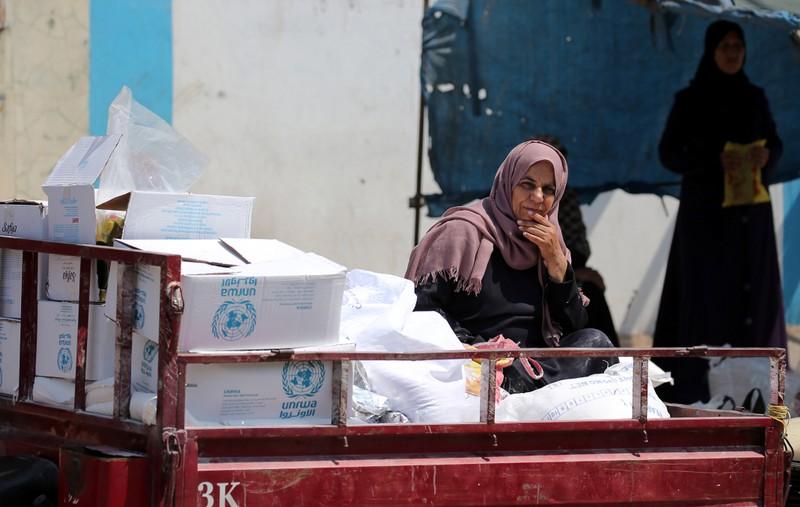 NEW YORK (Reuters) - A U.N. agency that supports Palestinian refugees said schools and health centres are at risk if it is unable to plug a $185 million funding gap needed to keep operating until the end of the year, the agency's head said on Monday.

"Currently we have money in the bank ... will last I presume somewhere into ... mid October," said Pierre Krahenbuhl, Commissioner-General of the United Nations Relief and Works Agency (UNRWA) in New York, where world leaders are attending the annual U.N. General Assembly.

"But it's clear that we still need approximately $185 million to be able to ensure that all of our services, education system, health care, relief and social services and our emergency work in Syria and Gaza in particular can continue until the end of the year," Krahenbuhl said.

The United States last month announced a halt in its aid to UNRWA, calling it an "irredeemably flawed operation", a decision that further heightened tensions between the Palestinian leadership and the Trump administration.

UNRWA provides services to about 5 million Palestinian refugees across Jordan, Lebanon, Syria and the West Bank and Gaza. Most are descendants of some 700,000 Palestinians who were driven out of their homes or fled fighting in the 1948 war that led to Israel's creation.

The growing refugee count was cited by Washington, UNRWA's biggest donor, in its decision to withhold funding.

Nikki Haley, the U.S. Ambassador to the United Nations, has been critical of the U.N.'s count of Palestinian refugees. She has also questioned the "right of return" to Israel, claimed by the Palestinians as part of any eventual peace settlement.

"When you don't tackle the underlying causes of conflict, that's when you get 70 years of UNRWA, it's not UNRWA that perpetuates itself, it's because the refugee community is still there waiting for a political solution to address its situation," Krahenbuhl said on Monday.

Under Trump, Washington has taken a number of actions that have alienated the Palestinians, such as recognising Jerusalem as Israel's capital, a reversal of longtime U.S. policy. It led to the Palestinian leadership boycotting Washington's peace efforts being led by Jared Kushner, Trump's senior adviser and son-in-law.

Krahenbuhl compared the Palestinian refugee "right of return" issue with those of Rohingya Muslim refugees from Myanmar who have fled into Bangladesh and the return of Bosnian Muslim refugees to areas under Serb control in the 1990s.

"So the only question one should ask is why should Palestine refugees be the one community where this question is not a justified question," Krahenbuhl said.