Pakistan’s obsession with Research and Analysis Wing (RAW) is decades old but in the age of Twitter-led social media, this obsession is manifesting itself as a psy-ops tactic to hit out at India by castigating its external intelligence agency. 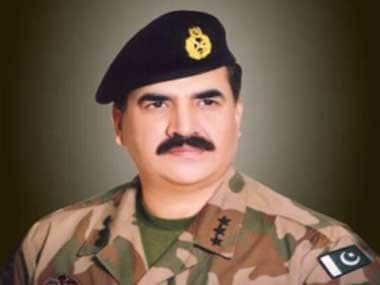 RAW has emerged as Pakistani intelligence establishment’s favourite punching bag and routinely being blamed for anything and everything as Firstpost mentioned in an earlier story.

The former is inspired from a BBC story, carried on Wednesday, which alleges that officials in Pakistan’s Muttahida Quami Movement (MQM) party received Indian government funds and India has trained hundreds of MQM militants over the last ten years.

The report, published here also says that the Indian authorities described the claims as “completely baseless” while MQM chose not to comment.

The latter (#TakeUpCaseInUNagainstIndia) pertains to a scandalous and wild allegation by Shuja Khanzada, home minister of Pakistan’s Punjab province. Khanzada claimed in the provincial assembly that RAW had attempted to sabotage Zimbabwe cricket team's tour to Pakistan last month which was the first by a test cricket playing team in six years.

He alleged that a RAW official had sent a SMS to the Zimbabwe team manager when the squad landed in Dubai for onward journey to Pakistan and threatened him that if their players went to Pakistan for playing two T20 matches and three ODI matches series none of them would go back alive.

"We came to know about this when the team manager forwarded that message to us and we sent it to our security agencies. When they investigated the origin of the message it belonged to an RAW official," he claimed.

The Twitter war between India and Pakistan is nothing new but it is an important barometer to gauge the mood of the Pakistani military establishment in Rawalpindi. It is an open secret that it is the army chief of Pakistan who lords over all important decisions of Pakistani government on foreign policy issues, particularly Pakistan’s India policy.

First and foremost, this is the 70th anniversary of the United Nations and this year’s General Assembly session of the UN in September is imbued with special significance. India has for years been trying its best to push a Convention against terrorism at the UN but it is yet to come to its logical conclusion.

Pakistan fears that the Narendra Modi government will be pro-active in this year’s UN general assembly session and therefore is trying its best to build its own narrative that India is a terror-mongering nation.

Secondly, by stepping up its anti-India offensive in social media, Pakistani security establishment is trying to convey a hard message to the Modi government that Pakistan is no push over and cannot be cowed down or coerced into improving relations with India despite enormous pressure from the US-led international community.

Set up in 1949 with army colonel Shahbaz Khan becoming its first director-general, the ISPR operates as a unified public relations system for the Pakistan's military, which includes army, air force, navy, and marines. It regularly broadcasts televised news about strategic arsenals testing, contingency operations and military exercises and is one of the most prestigious directorates of Pakistan’s armed forces.

This leads to the inevitable question: why Indian intelligence agencies cannot take a cue from ISI and come up with its own version of ISPR? The thought had come up strongly before the Atal Bihari Vajpayee government in the aftermath of the Kargil War but nothing concrete came off it.

Perhaps it is time for Prime Minister Modi to do something tangible about it.