Pakistan's Khan talks of U.S. ties, but anti-American rhetoric has many wary

By Idrees Ali ISLAMABAD (Reuters) - Over the years, Pakistan's Imran Khan has been known for his anti-American rhetoric, once even suggesting he might, as prime minister, order the shooting down of U.S. drones targeting al Qaeda figures along the Pakistan-Afghan border.     Now that Khan is poised to become nuclear-armed Pakistan's leader, Washington will be watching closely for signs of whether he will follow a path of confrontation or continue with the conciliatory tone he struck in his election victory speech 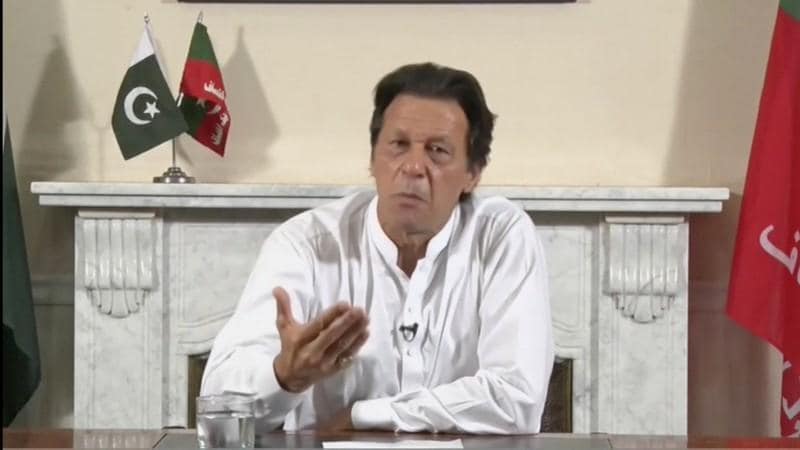 ISLAMABAD (Reuters) - Over the years, Pakistan's Imran Khan has been known for his anti-American rhetoric, once even suggesting he might, as prime minister, order the shooting down of U.S. drones targeting al Qaeda figures along the Pakistan-Afghan border.

Now that Khan is poised to become nuclear-armed Pakistan's leader, Washington will be watching closely for signs of whether he will follow a path of confrontation or continue with the conciliatory tone he struck in his election victory speech.

His attitude towards the United States and President Donald Trump - to whom Khan has often been compared as a populist shaking up the established political order - could determine the future of a crucial but fraught relationship.

Officially allies in fighting terrorism, Pakistan and the United States have a complicated relationship, bound by Washington's dependence on Pakistan to supply its troops in Afghanistan but plagued by accusations Islamabad is playing a double game.

Tensions have grown over U.S. complaints that the Afghan Taliban and Haqqani network that target American troops in Afghanistan are allowed to shelter on Pakistani soil.

However, some experts believe that his years of anti-American rhetoric, which prompted opponents to mock him with the nickname "Taliban Khan", will make improving relations difficult.

"Even if (Khan) starts toning down his rhetoric, I don't know if he can send any signals to make Washington hopeful," said Sameer Lalwani, co-director of the South Asia programme at the Stimson Center think-tank.

Khan has been vocally opposed to drone strikes on Pakistani soil and questioned the need for an open-ended U.S. military presence in Afghanistan.

"If that does not stop them, then Imran Khan will do what Imran Khan needs to do, I will order the PAF (Pakistan Air Force) to bring down any drone," Khan said at the time.

However, the number of drone strikes in Pakistan has reduced dramatically since peaking in 2010, reducing one potential point of friction.

A former senior U.S. official also said much of Khan's anti-American rhetoric was for public consumption.

"I think he is certainly capable of being more pragmatic ... He is not averse to U.S. interests and we will have to see how campaigning turns into governing," the official, who has met Khan several times, said. He spoke on condition of anonymity.

Though famous in cricket-playing countries as one of the greats of the game with a playboy reputation in his younger days, Khan remains largely unknown in Washington.

An early test could come in September, when he is expected to attend the U.N. General Assembly meeting in New York along with U.S. President Donald Trump and other world leaders.

In a statement on Friday, the U.S. State Department said it would seek opportunities to work with Pakistan.

"As Pakistan’s elected leaders form a new government, the United States will look for opportunities to work with them to advance our goals of security, stability, and prosperity in South Asia," the statement said.

Khan is viewed by some as similar to Trump - confident in his own abilities despite having little governing or foreign policy experience.

"When two leaders have so much in common, there is a high possibility they either will be good friends or sworn enemies," said Jonah Blank, a former director for South and Southeast Asia at the Senate Foreign Relations Committee now with the RAND Corporation think-tank.

Trump tweeted in January that the United States had "foolishly" given Pakistan more than $33 billion in aid.

Days later, Trump's administration announced the suspension of about $2 billion in security aid to Islamabad - officially a U.S. ally - over accusations that elements of its military continue to nurture Islamist militants it has viewed as useful proxies in its long rivalry with India.

Islamabad denies that it is not doing enough against militants and accuses the United States of disrespecting the hundreds of casualties it has suffered fighting Islamists.

Since then, U.S. officials have said that they have seen positive signs from Pakistan, but that it has to put more pressure on militants, including by arresting, expelling or targeting them.

While Khan is more vocally anti-American than his predecessors, he is likely to be reined in by a powerful military that still regards itself as having the final say on Pakistan's foreign policy, officials said.