Pakistan PM says India dependent on it for energy, trade

Islamabad: Prime Minister Raja Pervez Ashraf on Wednesday contended that Pakistan would have a crucial role in India's efforts to acquire energy from the Central Asian Republics, saying peace and stability are essential for the socio-economic development of the region.

"India's need for energy and trade with Central Asian Republics is largely dependent on Pakistan," Ashraf said in his address at the inauguration of the International Defence Exhibition and Seminar in the southern port city of Karachi. 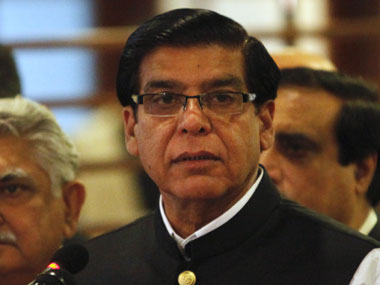 "Peace and stability are essential for socio-economic development of the region. It is a matter of satisfaction that both India and Pakistan are moving forward in the right direction through the composite dialogue framework," he said.

South Asia, which is home to one-fifth of the world population and blessed with immense natural resources, has the "potential to emerge as a leading and potent economic force", he told a gathering that included diplomats, senior Pakistani and foreign military officials and representatives of armament firms from round the world.

Ashraf spoke at length on foreign policy issues, including Pakistan's ties with the US and China, as well as the challenges confronting his country.

"Pakistan is confronted with complex challenges. The external and internal threats to Pakistan range from socio-economic to politico-military spectrum. We are confronted with extremism, militancy and intolerance in the society," he said.

"The cumulative internal and external effects have somewhat eroded Pakistan's space to manoeuver. In the midst of all these challenges, there lie opportunities for us," he added.

The world is in transition at a rapid pace and its "economic centre of gravity is gradually shifting to Asia, more specifically to Asia Pacific", Ashraf remarked.

In an apparent reference to the strains that have marked ties between Islamabad and Washington since early last year, Ashraf said recent events had "created space for reviewing terms of Pakistan-US engagement and I consider this to be more of an opportunity than a challenge".

On the other hand, Pakistan's relations with China were "time tested" and could be further enhanced by focusing on trade and energy sectors, he said.

Pakistan could benefit from China in defence collaboration, "offsetting the undeclared technological apartheid", he said.

Pakistan could also benefit from the rise of Turkey and Malaysia as new centres of economic influence, Ashraf said.