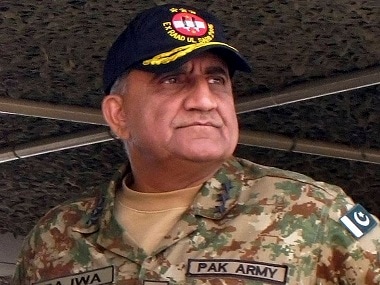 Bajwa said hostile agencies are using terrorism as a tool, a day after a terror attack in Lahore killed 27 people.

"Regional actors and hostile intelligence agencies are fully involved to use terror as policy tool," Bajwa was quoted as saying by Radio Pakistan.

Bajwa also said that cowardly incidents of terrorism cannot lower national resolve to eliminate militancy from its roots in the country.

"We are making gains in breaking connectivity between terror masterminds, their facilitators and executors," he said.

He said the army fully supports and stands with police and other law enforcement agencies towards performance of their role as first responders.

He said concurrent blasts at Kabul and Lahore are testimony of both Pakistan and Afghanistan are victims of terrorism and will continue to suffer if these actors are able to use Afghan territory with impunity.

At least 26 people were killed and 41 wounded on Tuesday after a Taliban-claimed car bomb struck a bus carrying government employees through a Shiite neighbourhood in Afghanistan.

He reiterated that Pakistan is ready to help Afghanistan to eliminate terrorist safe havens in their border areas.