Islamabad: Pakistan's federal government has rejected conditions set by former president retired General Pervez Musharraf, such as the provision of military security and safe passage back to Dubai, to face his high treason trial, the media reported on Thursday. 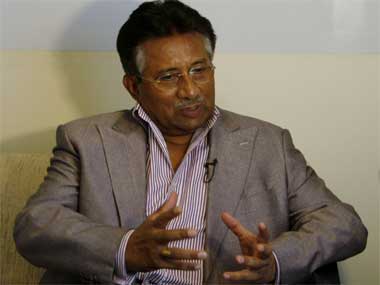 In a response submitted to the three-judge special court seized with the high treason case, the federal government said on Wednesday that being an absconder for high treason Musharraf cannot seek any relief until he surrenders before the court, Dawn online reported.

The response stated: "An absconder cannot dictate his pre-requisites to the court and give conditions, that too his own subjective satisfaction, as to when he will appear and for how long."

Musharraf filed an application before the special court on 5 May in which he expressed willingness to face the trial under military protection and assurance from the court that he would be given safe passage back to Dubai.

Through its chief prosecutor in the case, Mohammad Akram Sheikh, the government said: "The application has been filed only to prolong the conclusion of the trial."

However, the government said it was willing to provide "all due security" to Musharraf, "as per his entitlement", reports Dawn online.

The government asked the court to dismiss Musharraf's application seeking military security and safe passage to Dubai, and to take "all appropriate coercive measures to procure the attendance of absconding accused to complete the trial".

The special court will resume proceedings in the high treason trial on Friday.