Islamabad: As the campaign for the 2018 General Elections in Pakistan has entered its final phase, the question remains as to whether the Sindh-based electoral alliance, Grand Democratic Alliance (GDA) would clinch enough seats to oust Asif Ali Zardari-led Pakistan People’s Party (PPP) from the Chief Minister's House.

PPP, founded by the late Zulfiqar Ali Bhutto, has won two consecutive terms in 2008 and 2013 in the province and remained in power for a decade sans a formidable opposition. According to political observers, the General Election on 25 July marks the beginning of an era of political awareness due to the presence of social media.

Not only has the PPP been in power in the province in the last decade, it has been in the government several times since the 1970 General Elections.

The PPP this time hopes to gain its lost ground in the urban constituencies of Karachi and Hyderabad because of the internal rifts and split of Muttahida Quami Movement (MQM) into two major factions—Muttahida Quami Movement-Pakistan (MQM-P) and Pak Sarzameen Party (PSP). The GDA, which is struggling to oust the PPP from power, is an alliance of five Sindh-based political parties and has the support of some influential political families of the province. It has focussed on the rural and semi-urban constituencies of Sindh, which are the strongholds of PPP. 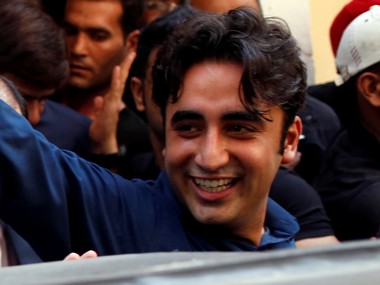 The Federal Investigation Agency (FIA), the federal government’s premier investigation agency, has opened up cases of money laundering and fake bank accounts against PPP co-chairman Asif Ali Zardari, his sister Faryal Talpur and some of his close aides as well as businessmen friends. Political observers believe that the cases can affect the PPP’s election campaign in Sindh. On the other hand, supporters of the PPP stress that as the party's young chairman Bilawal Bhutto Zardari is leading the party’s campaign and also contesting the election for the first time, it will help the party to get more votes in the province.

Naheed Khan, a former PPP leader who is contesting the election from the platform of the GDA says that the alliance can only be successful if it ties up with other political parties, including the MQM-P, PTI and PSP after the polls. She also believes that independents might have a role in this regard.

In Sindh, there are a total of 61 constituencies of the National Assembly, and 130 seats of the provincial assembly. In the 2013 General Election, the PPP had won 32 National Assembly seats, then Muttahida Quami Movement (MQM) had got 18, PML-F five, NPP two, PML-N and PTI one each while an independent had also got one seat. The Election Commission of Pakistan had postponed election on one NA seat in Sindh.

Similarly out of the total 130 seats of the Sindh Assembly, PPP had got 70 seats, MQM 37, PML-F seven, independents five, PTI and PML-N three each, NPP two, PML-Quaid-e-Azam (PML-Q) one, while election on two seats of the provincial assembly had been postponed.

Ex-Senator Taj Haider, a senior PPP leader and head of the party’s central election cell, believes that his party is not facing any major threat in Sindh. “They (GDA) have neither any programme in the campaign for the masses nor any economic model,” he said. He said that GDA’s politics is based on mere allegations and it had no specific election manifesto. The PPP leader added that such anti-PPP alliances had been made in the past, but they had always performed abysmally.

Haider said that internal rifts within the collation partners of GDA constitute another factor that will benefit the PPP. He, however, said that the PPP is taking every contest seriously this time and reaching out each and every voter. “We have launched our election campaign in a very organised manner and we are informing the people about our manifesto,” he said.

Ayaz Latif Palijo, the secretary general of the GDA and the president of Qaumi Awami Tehreek, claims that the GDA will form the next government. He said, “We are attracting the anti-PPP vote and even have the support of those who remained part of the PPP in the past. We have potential winners from Badin to Larkana.” He said that voters are supporting the GDA because of the bad performance of the PPP in the previous two terms.

Paljo further said that the agriculture sector, which is the backbone of province’s economy, has been seriously affected, and farmers have been hit as a result of the PPP's 'anti-people policies'. He said that the party faces allegations of corruption in the purchase of sugarcane, and the sale of jute bags to farmers. He asserted that this is the first time that the youth in the rural areas of Sindh are questioning the candidates of the PPP. “We have fielded more than 30 candidates on the National Assembly seats and 105 candidates on the provincial assembly seats,” he said.

Naheed Khan's husband, former Senator Safdar Abbasi, is also contesting the elections from the GDA's platform. Abbasi had formed the PPP (workers) group after differences emerged between him and the PPP's co-chairman.

Syed Muzaffar Hussain Shah, senior PML-F leader and former chief minister of Sindh, has said that many tough contests will be witnessed between the GDA and the PPP, as the people want change. He further said that the basic problems in Sindh have been bad governance, shortage of clean drinking water, loadshedding, unemployment and the law and order situation. He said, “The PPP has failed to address these issues, and it is natural that people bring change through votes when they don’t see their problems being solved,” he said.

Arif Alvi, former member of the National Assembly from Karachi and PTI leader, said that the GDA is a 'non-entity in the urban areas of Karachi.' However, he added that the PTI has a 'seat adjustment' agreement with it in the interiors of the province. He said that the prospects of the GDA could be different in the interior region of Sindh.