Pakistan envoy's comment that Obama is now guest in White House is ridiculous: US

Washington: The recent comment made by a visiting Pakistan envoy that the outgoing American President Barack Obama is now just a guest at the White House is "ridiculous", the US has said. 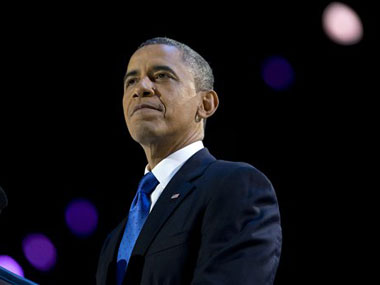 "Obama is a guest for the next few months," Syed had said in response to a question about his expectations from the US government during a panel discussion on Kashmir at the Atlantic Council, a US think-tank.

Syed turned his answer to the next US administration after being asked the American government, underlying that the current incumbent was outgoing.

"What Pakistan would like from the US - and I'm talking of the incoming administration because Obama is a guest for the next few months, 20th of January 2017, there will be a new administration - that they have to see the region where they have a more comprehensive perspective and do not try to compartmentalise peace and security, because that is not possible," Syed had said.