A Pakistani official says a bomb has exploded near the election rally of a politician running for a seat in a provincial legislature in the southwest. The candidate — Siraj Raisani — has died in the blast, ARY News reports.

At least 33 people have been killed in all, ANI reported. 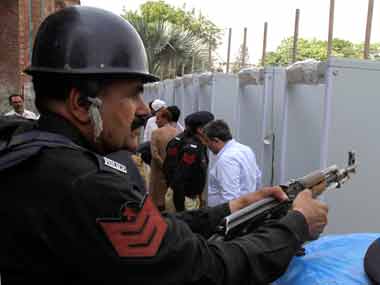 Qaim Lashari, deputy district commissioner, says Friday's attack targeted Raisani, a candidate from the Baluchistan Awami Party running for a seat in the legislature in the 25 July elections.

It was the second election-related bombing on Friday in this Islamic nation.

Earlier, four people were killed and 20 others wounded in a bombing near the rally of Akram Khan Durrani, who is running for a seat in parliament from the northwestern city of Bannu.